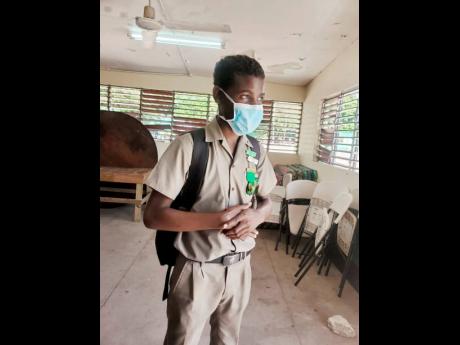 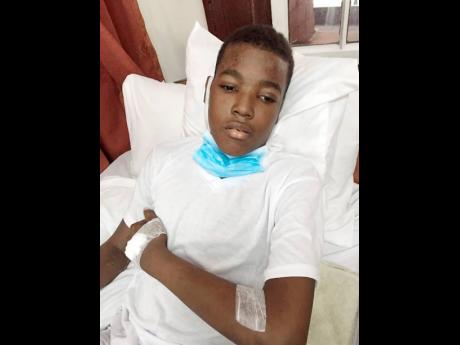 His family found out about the cancer in 2018, when Anthony was 15. He was forced to sit out three terms at Calabar High School, the last two terms of grade nine and the first term of grade 10. Back then, his mother feared he would die. But on Tuesday night, she found herself celebrating her son's success despite his challenges.

"Me did speechless. Then I started to reflect and said 'God, this is nothing but you!' Eight out of eight ... clean sweep. Although I wanted straight ones, I did my best. Everyone is happy ... teachers call me crying. I missed months from school and still got all my subjects," Anthony told THE STAR. His mother Karleen Francis was just as elated, but not surprised.

"I know the type of person he is and he's always putting in work. And he said he was going to do it and achieve it. I'm super happy," she said.

Acute lymphatic leukemia is a type of cancer that affects the blood and bone marrow.

"I wasn't really scared or anything. All I wanted to do was come out of hospital and go back to school. I was clueless," he said. But his mother said that the family was "traumatised".

"The first thing that came to mind was death. I even went in prayer and asked God to take it away from him and give it to me. We didn't even know he would last for this long. It's just God's grace," she said.

Anthony missed almost a year of school while he was being treated. Doctors explained to the family that there's an 80 per cent cure rate for children and that restored their faith.

He was then transferred from Spanish Town Hospital and admitted at the Kingston Public Hospital for chemotherapy.

"It was intense. It was painful. There was pain all over. I lost a lot of weight. I saw myself in the mirror and I just started to cry. It is the worst thing ever. I didn't eat for days, I was vomiting and I lost my hair. I was basically bald. It started with a big patch in the middle of my head and then the sides started to fade," Anthony said.

By November 2018, he did another bone marrow test and the cancer was in remission. Anthony was told he could return to school in January 2019, with monthly check-ups.

But he wasn't out of the woods. He soon caught a cold and doctors found that his white blood cells were abnormal.

"I couldn't get treatment because my blood count had to be at a certain scale. For two weeks, it wasn't normal. My mommy and grandmother's remedy was to use some different bush to build up my immune system," he said. Then, there was another complication before COVID-19 this February. Doctors were worried because his blood count was low again, and Anthony had to do another bone marrow test. After the first reported case of COVID-19 in Jamaica in March, his mother immediately pulled him from school.

"Leave school now, me a send the driver to pick you up now. Make sure you have on your mask! Let me talk to the supervisor," Anthony said, impersonating his mother's frantic call that day. It was not until July that he returned to school for exams. Francis says COVID was a nightmare considering his condition.

"I didn't want him to go to school. Once COVID came, I said 'no more school. I'll go and pick up all the assignments, you do them and I take them back to school'. I want him to live a long life," she said. "By the grace of God he's here and I'm grateful for that." Anthony is still receiving treatment, and will be taking medication until at least 2022.