Jevaun Walters says he was born to fight fires 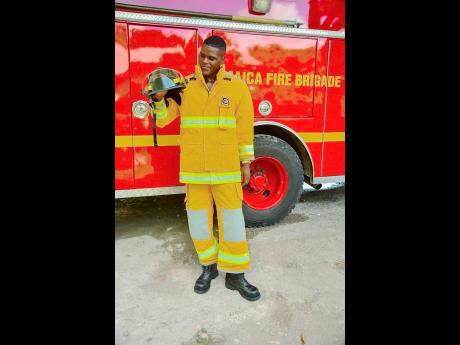 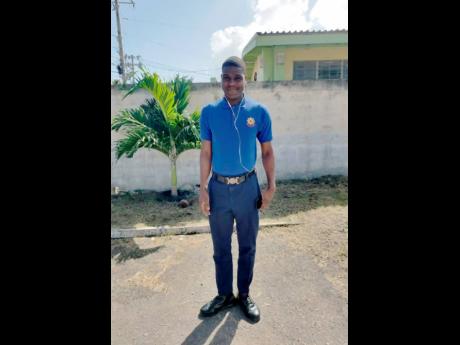 The thought of running towards danger doesn't bother Jevaun Walters.

In fact, when he is suited up in his firefighting gear, he thinks of himself as a hero and transcends into an invincible 'Man of Steel'.

When he was a mere six years old, he already knew he was to going to be a firefighter. Whenever he saw a fire truck, he was completely starstruck.

Whether it was the red, shiny engine or the blaring siren that announced its presence from miles away, Walters knew he had to get a seat on that truck.

In June 2016, the 27-year old completed his three-month training at the Madge Saunders Conference Centre in Tower Isle, St Mary, and officially graduated as a firefighter.

He is now stationed at the Annotto Bay Fire Station and said that he doesn't imagine being anywhere else doing another job.

"It's the adrenaline rush you get when you know that you're probably saving a life or saving someone's property. It's just that satisfying feeling knowing you're saving someone from that imminent danger. It's just a special feeling, which I can't even explain, when I put on my gear and come to work and see the truck," he said.

It is for that reason Walters dubbed himself 'The Firefighting Prodigy' as he believes, undoubtedly, that he was made for the job and the job was designed just for him.

Although there are risks associated with the job such as burns, death, blindness, cancer, respiratory ailments, and concussion, Walters is not deterred from fulfilling his passion.

He shared that his first day on the job, he responded to a structural fire, and he had the opportunity to put his training to the test.

"I was in awe. I saw my team get into a superhero mood, and I was, like, 'We actually have to go into the fire?' but that was me panicking because it was my first fire. In the next half an hour, I helped to contain the blaze. I have now overcome that (fear)," he said, laughing. He noted that this summer has not been as hectic in terms of fires.

"There are more persons at home now. Normally, during the summer, we get a lot of fire calls, sometimes four to eight calls minimum per day. However this summer wasn't as active as much," he said. Walters also dismissed a claim that there are fire trucks operating without water.

"When we respond to a fire, after that operation, the water truck has to replenish before it goes back to the station and wait for another call. Persons may think the truck has an infinite source of water, and when we go to a scene and we're working for 10 to 15 minutes, and the water runs out, they think we came with half-tank or quarter-tank. But we always have a full capacity of water," the St Mary High graduate explained.

Walters has no plans to stop extinguishing fires, saving lives and property. Although he is the first person in his family to become a firefighter, he believes that the tradition may be continued by his two-year-old, who, already, is displaying a keen interest. In addition to climbing up the ranks, he said that he wants fire stations to be equipped with more trucks and gear.

"But my hope for the profession is that Jamaicans will give us more respect and recognition because they believe that we just stay in the station and play dominoes, but we do so much more," Walters said.