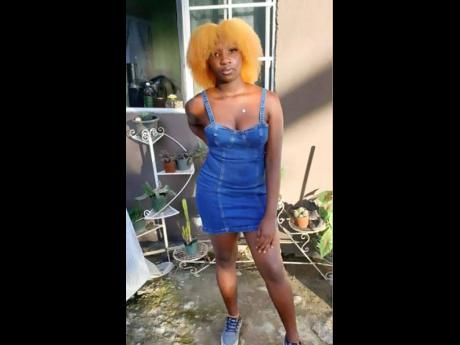 Almost two weeks after she was viciously beaten at a party on Barbican Road, Kaylan Dowdie is said to be making positive steps to recovery. Her mother, Veniesha Buckley, told THE WEEKEND STAR on Thursday that "she is not so bad as before, thankfully".

"She is improving slowly and we are keeping our fingers crossed that she will continue on this path. She is moving her head a bit more and little things like that. She is doing little small things but no matter how small the progress is we are very thankful for it," Buckley said.

"She is responding to my voice. She isn't squeezing my hands as yet but as I go in the room and call her name, she open her eyes so she knows that I am there and who I am. She is still on blood pressure medications and she is still on life support, but so far, so good," she said.

The 17-year-old Papine High School past student was attacked and beaten by a group of women at an illegal party on November 7. Buckley said her daughter was also stabbed in the neck.

Earlier this week, the hospital said that Dowdie has previously done two CT scans, and a MRI scan was recommended in order to delineate the structure of the brain in more detail. However, that procedure has not yet been done as she has been deemed to be in an unstable condition and requires high ventilatory support.

"In order to perform the MRI scan, the patient would be required to be in an enclosed space for 30 minutes. High support care and appropriate monitoring would not be advisable under these circumstances. In the interest of the safety of the patient, this investigation has been deferred until the patient is stable enough to tolerate this procedure," the hospital said.

According to police reports, about 11:30 p.m., the injured teen and McLead had an argument which developed into a brawl when Aldridge, Vassell, Williams and Lewis joined in. The complainant was beaten until she was unconscious. She was taken to hospital where she admitted in serious condition.

Head of the St Andrew North Police Division, Superintendent Aaron Fletcher, said they are currently in police custody and will appear before the Kingston and St Andrew Parish Court on Wednesday.

"I am hoping that justice will be served in the right manner," the distraught mother said.