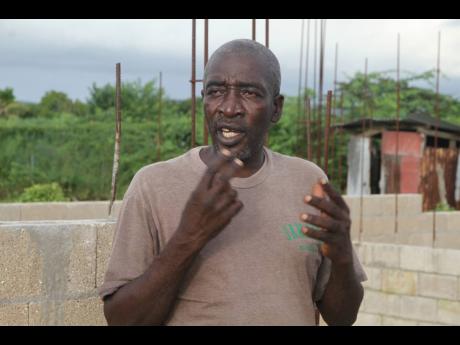 A grief-stricken Denham Davidson speaks about his special relationship with Oshane Banton. 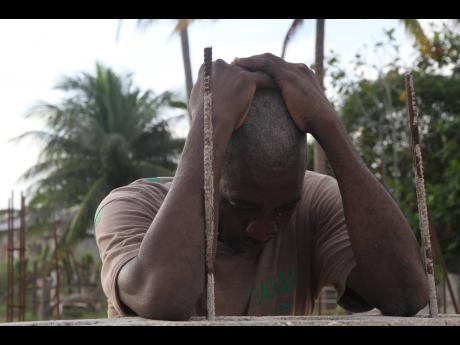 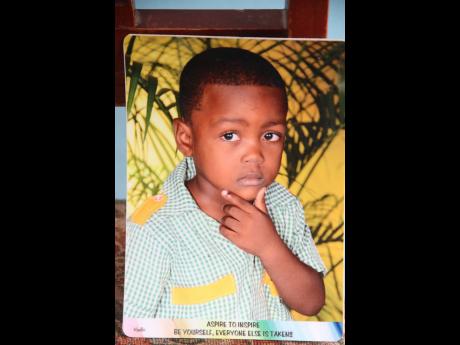 Denham Davidson still has a patty in his fridge that he bought for his six-year-old grandson, Oshane 'OJ' Banton. Davidson, 50, had a special relationship with the boy, the only male of his two grandchildren.

Last Friday, when Davidson was leaving his home in Lionel Town, Clarendon, he left instructions for the boy to take the key to workers at a welding shop that he operates in the community. The boy did not get there and it is unclear whether he attempted the mission.

"When I'm coming from Town I buy two patty; one for OJ and one for Calia (OJ's 3-year-old sister) Right now, OJ patty inside the fridge. Me come a the workshop and is like me cyaa work," said the grief-stricken grandfather.

Oshane was reported missing last Friday around 3:30 p.m, hours after his mother, Anika Davidson, left him and his three-year-old sister in the care of their grandmother while she attended to business in the parish capital. His body was found in a sewage pond in Lionel Town, some 200 metres from his house, Saturday afternoon.

Davidson, the father of two daughters, said he had a close relationship with Oshane. "He's every thing to me. Me get up a morning time and when me look 'bout anything, the first plate me a share a fi OJ. If me a go bathe, him come and say 'Daddy, me waah bathe ... a so me and him live," said a teary-eyed Davidson.

The police have launched a probe into the circumstances leading to the death of the young boy. At the same time, his mother and other family members, hurt and devastated at the loss, have decided they will not be commenting on the matter while it is under investigation.

In the meantime, Davidson searches for answers as to why fate could be so cruel.

"Bwoy, it nuh easy. It come in like a mystery," he bemoaned. "Them say the Father giveth and the Father taketh, but me a wonder if this was ordained."

Pointing to an unfinished house, the grandfather said it was being built with OJ in mind, stating that it was his expectation that "when me finish, a OJ a guh come and take it over".

"Me can leave any time and me say a OJ me a leave with it. Me nuh have no other plan but OJ. See OJ room over deh, and see mine right here so. Me always want him close to me," Davidson added, as he broke down in tears.