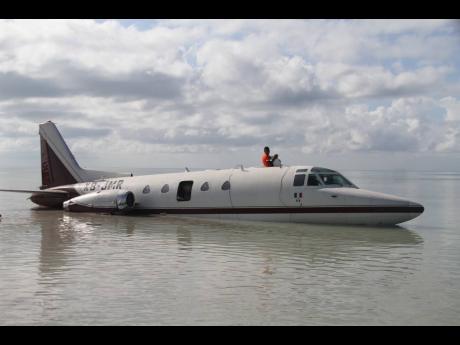 A boy relaxes on top of the downed aircraft. 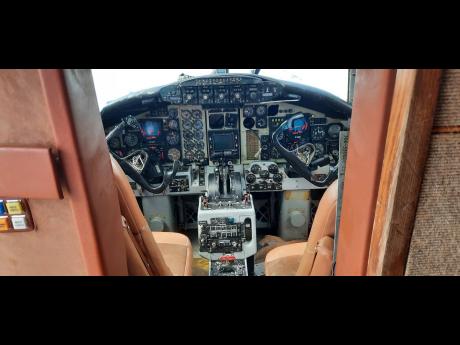 A look inside the twin-engine plane. 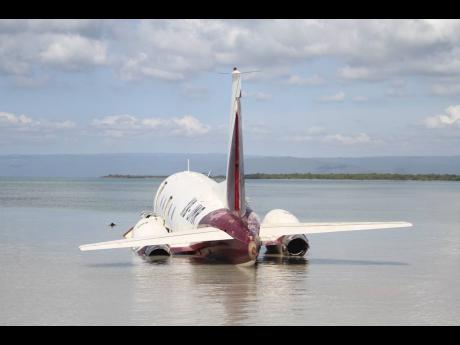 Persons say Sundays see the most visitors to the ‘attraction’.
1
2
3

A 12-seater aircraft that crash-landed on the white sand beach in Rocky Point, Clarendon, on January 23 has become a source of income for some residents in the fishing village, as scores of people ventured there to get a first-hand view of the twin-engine plane, its ownership domiciled in Mexico.

THE WEEKEND STAR understands that travel by boat to see the plane, which landed among mangroves, attracts a cost of J$1,000 per person. The site is being dubbed as the newest tourist attraction.

The now hotspot has become the backdrop for photo shoots and music videos. Dancehall artiste Skillibeng even recorded a section of his Coke music video at the site. The video racked up more than one million views in two days, and have so far gained six million views on video streaming platform YouTube.

President of the Rocky Point Benevolent Society, Arthur Coleman, says the plane site is a boost to the community's ecotourism plans.

"We were thinking of doing some ecotourism [projects] because we need some more attractions, and it seems that crashed plane boost up everything," he said.

"Some guys who were just on the street side have become entrepreneurs, because they are now taking visitors to the site by boat to go on the plane and so on. They are making money and that's very good. We support it," he told THE WEEKEND STAR.

One resident, who calls himself 'Titti Man', is one of the many boat drivers who assist people to the site. He said that he takes between 10 and 12 visitors to see the crashed plane during weekdays. "But on Sundays a whole heap more than that. People from all 'bout ... locally and internationally," he said. According to Titti Man, visitors get 10 to 15 minutes at the site on the busiest days. "We glad for the economical activity. We glad we find a way we can make two ends meet," he said.

Councillor for the Rocky Point division and mayor of May Pen, Winston Maragh, said, "I don't think the owners are coming back for it and the police no longer have any interest in the plane, so people are just making use of it."