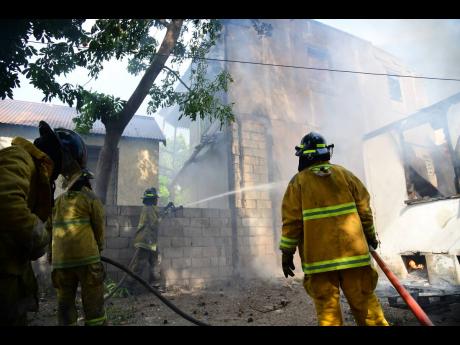 Firefighters from the Rollington Town Fire Station attempt to put out a blaze at this home in east Kingston yesterday. 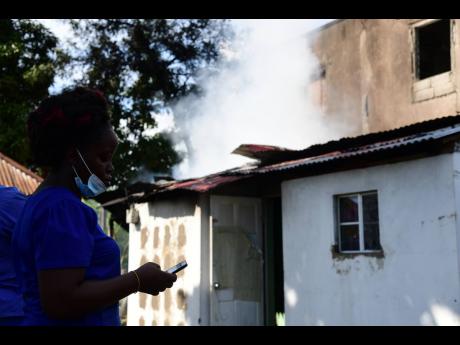 Kimberly Sampson is dejected as her home goes up in flames. 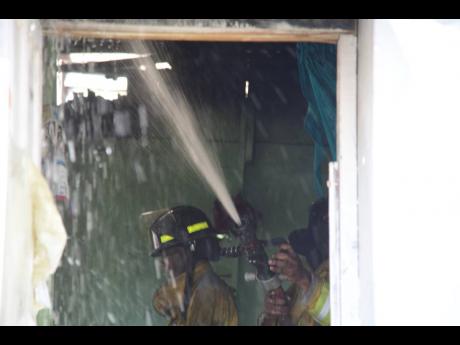 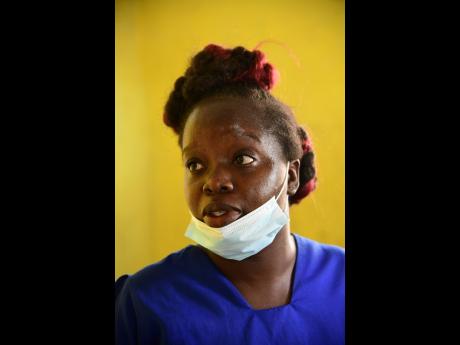 Kimberly Sampson says they lost everything in the fire, except the clothes on their backs and a laptop that was not in the house at the time.
1
2
3
4

Shocked into a state of disbelief, Kimberly Sampson rushed from work to her east Kingston home yesterday to find it ablaze.

It was about 1 p.m. when Sampson got the frantic call. The two-bedroom house, located between Wild Street and Mitchell Street, was home to Sampson, her 15-year-old son and her spouse. It is estimated that the fire had been burning for about 30 minutes before firefighters arrived. By the time they did, it was too late. Only one item of the family's belongings was salvaged, a laptop that had been loaned to a neighbour. While firefighters have yet to confirm the cause of the fire, Sampson says she suspects arson.

"The policeman seh dem a investigate with CIB [Criminal Investigations Branch] cause dem nuh see nuh cause. Maybe a somebody ketch it cause a couldn't nothing else," she said.

Sampson, who is a nurse at Bellevue Hospital, recalls how she reacted when she got the call that her home was one fire.

"Mi just drop everything and come. Mi run past everybody out a the front and come round come see this," she said. Sampson told THE STAR that the first thing she felt was relief when she saw that her son was unharmed.

"Mi never hear nothing from him so me think him did inah the fire cause me just did talk to him pon the phone and him say him soon leave," she said. He said that he had just left for football practice at his school, but he forgot something and turned back to discover the house ablaze.

Though she was relieved to see her son alive and well, as she was speaking to THE STAR, Sampson realised that she had nowhere to sleep that night.

"We nuh have no weh fi go. Mi two bank book dem empty. Mi not even know weh we ago do," she said. Now with only the clothes on their backs, Sampson says she is dreading the process of starting over, especially with the fees for her son's upcoming Caribbean Examination Council tests looming.

"Them just tell me seh a 13 subject them sign him up fah, 13! Mi not even know weh dat ago come from now. Mi just nuh know nothing," she lamented.