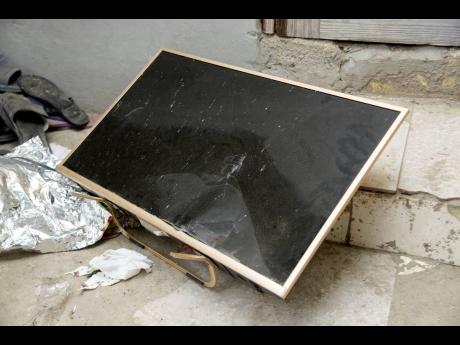 A Kingston man who replaced his girlfriend's flat-screen TV after he destroyed the previous one, was told by the complainant that the new one did not have some of the features.

Irvine Edwards pleaded guilty to malicious destruction of property when he appeared in the Kingston and St Andrew Parish Court yesterday. Edwards indicated that he was in a relationship with the complainant for six and half years and warned her not to attend illegal nightly parties, as they would be in breach of the Disaster Risk Management Act and would put her at risk of contracting the novel coronavirus.

"She still continue to go to the party, she and her friend dem and them come home about five in the morning. Eventually, she met a guy and I ask her 'What kind of business that?' and she say it's a party guy. I don't really go to parties like that but eventually, she want to talk to the two a we same time and a say if that ago work."

Police reports state that Edwards threw the 55-inch flat-screen television over a wall, and then threw a building block on it.

"She was at the gate with the guy and because it hurt me so much, I hurt back her feelings," Edwards admitted. The complainant had taken the TV, which cost $243,236.81, on hire purchase, but Edwards indicated that he had already replaced it and intended to carry it to the police station for the complainant to receive it.

With the assistance of two policemen, the replacement 55-inch flat-screen television was brought into the court room. Edwards presented a receipt, showing that it cost $95,000.

However, the complainant indicated that the replacement did not boast the Bluetooth feature as her previous television did.

The matter was adjourned until December 14, for the complainant to ensure that the television was to her liking.