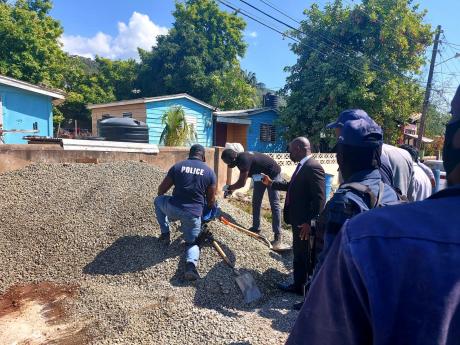 The police have seized a total of five guns during ongoing operations at the National Stadium East field in St Andrew.

The operation, which started yesterday, has since yielded five high powered weapons, magazines, and a cache of ammunition.

The excavated weapons are: one shot gun, one AK 47, two .45 handguns, and one UZI sub machine gun.

Deputy Commissioner of Police Fitz Bailey said the seizure is part of the police anti-gang initiative.

A source close to the probe advised that the weapons were buried in a pipe on the stadium compound.

Bailey said the find was made based on intelligence received by the police.

The operation was carried out by members of the Counter-Terrorism and Organised Crime Investigation Branch (C-TOC), Specialised Operations, the Canine Division and the Jamaica Defence Force.