Jamaicans to face money laundering charges in the US 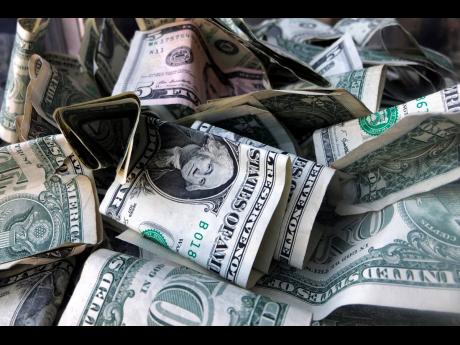 Two Jamaicans, who American investigators alleged formed part of a "sophisticated" international narcotic syndicate, both waived their rights to an extradition hearing when they appeared in the Kingston and St Andrew Parish Court yesterday.

They gave consent to be taken to the US, specifically the state of Massachusetts, where they are to answer to charges of money laundering. The allegations as outlined by Crown Counsel Yannick Forbes are that between 2017 and 2020, St Devon Cover and Dennis Rowe transported money from Jamaica to the US in furtherance of an international narcotics ring. The scheme was allegedly used to launder approximately US$6 million in Colombian drug proceeds through banks in the Caribbean, the US and Europe. The probe, dubbed 'Operation Thin Ice', lasted for five years and was a joint effort between authorities in the three territories. The investigation targeted a Colombia-based money laundering organisation "that was infiltrated by law enforcement agencies in the United States, Colombia and Jamaica, among others".

Initially, Cover indicated to Senior Parish Judge Lori-Anne Cole-Montaque that he wanted to challenge the extradition request and the possibility of being granted bail.

"Getting bail in extradition matters is not to say that you cannot ever get bail. But on its face, you would be presumed a flight risk. So I say that to say that it would be a hard hurdle for you to cross. I have never heard of a man, of any person, getting bail in recent times for extradition matters. I don't know of it," she explained. Forbes also interjected that the Crown is strongly opposed to bail. After being furnished with the answers by the judge as well as the prosecutor, both men waived their rights to an extradition hearing.

Arrangements are under way for three other accused, Damion Clarke, Russell McLean and Damone Oakley, to be extradited to the US. Clarke is facing charges for drug and firearm trafficking. McLean is accused of armed kidnapping, armed sexual battery and burglary while Oakley is charged with mail and wire fraud in the US state of Pennsylvania.