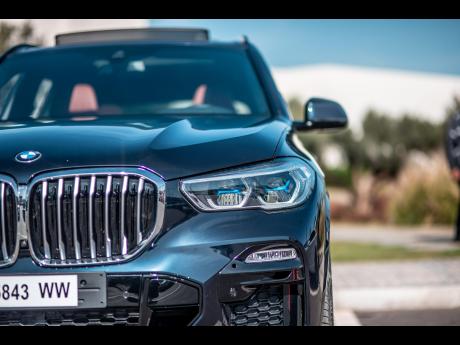 The Westmoreland police say they are on the hunt for the driver of a Black BMW X5 who was involved in a double accident which claimed the lives of two motorcyclists on Tuesday afternoon.

The deceased have been identified as 18-year-old Domanic Brown of Hopewell district in Sheffield, and 65-year-old Balford Tomlinson of Norman Manley Boulevard in Negril, and both in Westmoreland.

Reports by the Negril police are that about 12:20 p.m., Tomlinson and Brown were travelling on separate motorcycles along the Retreat main road, heading towards Negril.

On reaching proximity to the Texaco service station, the driver of the BMW reportedly lost control of the vehicle and crashed into the motorcycle, being driven by Brown.

Brown fell from the motorcycle to the roadway, while the out-of-control vehicle continued its rampage and crashed into the second motorcycle, being driven by Tomlinson.

Both motorcycle riders sustained head and body injuries and were rushed to the Savanna-la-mar Hospital, where they were pronounced dead.

The accused driver sped away from the scene.

He reportedly removed the registration plates from the BMW and abandoned it along a section of Norman Manley Boulevard in Negril.

The police have since seized the ill-fated vehicle and are now seeking the driver.