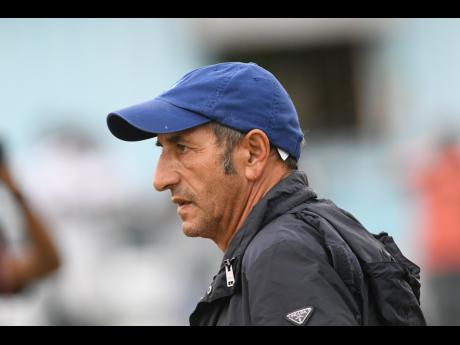 Mount Pleasant Academy, the new St Ann-based outfit that has been making waves across football circles in Jamaica, was unearthed from a summer corner league football competition.

Owner Peter Gould, who was born and raised in the east end of London, said the spirit and commitment the people of Mount Pleasant showed to the corner league competition that he organised in the summer of 2016, inspired him to invest millions into the youths of the north coast community.

"We set up a corner league within the community and it just inspired us from there. It was the commitment from the people. In only a couple of years, we have won 11 trophies," Gould said.

The support of the corner league competition was not the first time Gould had seen the real spirit of the Jamaican people.

"I came on holiday to Jamaica and the place was so beautiful that we came back a few months later and bought the house," Gould said.

Mount Pleasant showed that they were serious in their bid to become one of the front-runners in harnessing football talent in Jamaica when they won the All- Island Under-13 football competition. They followed up that performance with a senior title in the Eastern Confederation.

That last victory put Mount Pleasant in contention for a place in the island's top-flight football next season.

And while he is looking forward to that opportunity, Gould said that his focus still remains on youth development.

"There are talents out there, you just have to do the right things to find them," Gould told STAR Sports. "We have put the systems in place to develop the youths from the community."

Gould showed his commitment when he launched the school aspect of the academy last week.

On completion, the academy will house 72 children between the ages of 10 and 15. According to the Londoner, the purpose of the academy is to facilitate the all-round development of the children of the community.

"School is not my strong point. I skipped school to play football, now I realise that education is needed, especially in a Third World country like Jamaica. So I get the right people in place and it is all part of the plan to make these players into professional footballers and all-round individuals - they could become lawyers," Gould said.