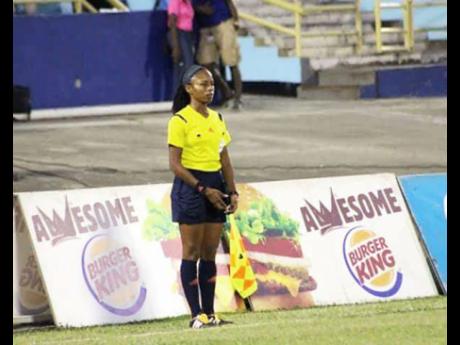 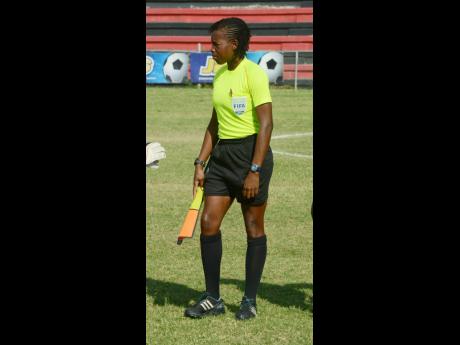 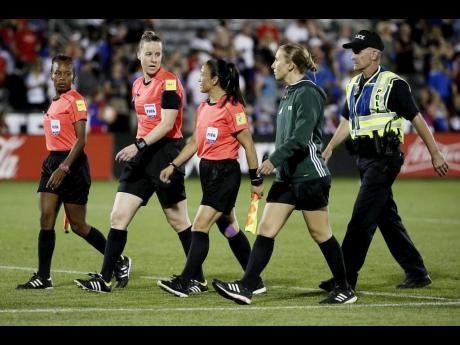 Jamaica's Stephanie-Dale Yee Sing (left) exits the field with other female officials during the FIFA Under-20 Women's World Cup in Jordan in 2016.
1
2
3

After their brilliant work at the FIFA Women's Under-17 World Cup in Uruguay, Jamaica's female referees, Stephanie Yee Sing and Princess Brown, like the Reggae Girlz, are heading to FIFA Women's World Cup in France next year.

Yee Sing, Brown and their Canadian teammate who works in the middle Marie-Soleil Beaudoin conducted the final of the FIFA U-17 World Cup between Spain and Mexico last weekend.

Brown and Yee Sing's participation in the final marked the first time officials from the Caribbean were refereeing in a World Cup final.

That achievement, along with their work at the CONCACAF Women's Championships in September, qualified them to take part in Women's football flagship event.

In September, Yee Sing expressed the desire to officiate in at a World Cup where her country would be participating.

""To be at an event like that and to be able to hear the national anthem play would be a great feeling," said Yee Sing. "And it would show how far we have come as a nation in football because we are having more representations in the game."

Yee Sing and Brown participated in the FIFA Women's Under-20 World Cup in Jordan in 2016.