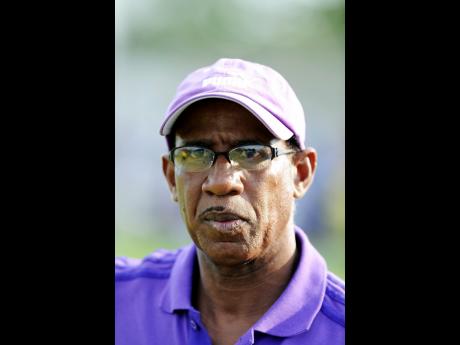 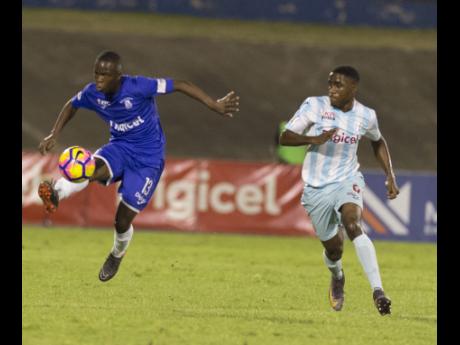 Kingston College's Dwayne Atkinson (left) brings down the ball after a challenge from St George's College's Emelio Rousseau during the ISSA/Digicel Manning Cup final at the National Stadium on Friday, November 30, 2018.
1
2

When Donovan Hayles, past Kingston College (KC) Manning Cup goalkeeper, was orchestrating with his peers to end the school's 32 year old Manning Cup title drought five years ago, he never thought their journey would help him through the toughest time of his life.

Hayles, who coached Harbour View in the Premier League for 10 years, told STAR Sports that the never say die spirit of the boys he introduced to football when they entered first form at KC helped him to successfully battle cancer over the past two years.

"When I was battling cancer, one of the things that kept me going is hearing how well the team was developing. And even though they weren't winning the competition, they were doing well and that kept me happy," Hayles said.

"I went back to KC to help build the programme five years ago, and we said from the beginning that we were going to start with the first formers and I am proud to see that the majority of them played and won the Manning Cup final five years after, just as how we had planned it."

Hayles had to step away from the KC programme because of illness in the 2016 Manning Cup season.

"It is really a miracle that I am here today. I can speak to that. I suffered a heart attack and then I was diagnosed with prostate cancer. It was rough, but thank God I am still alive and I had something positive to look to while I went through it," Hayles said.

He said the cancer is now in complete remission. "All the tests I have done showed that nothing is there anymore, Glory to God," he said.

Hayles travelled to Jamaica from his home in Maryland last week to watch KC take the final step in the mission he helped to orchestrate.

KC, who reached the final of the Manning Cup after being stopped at the semi-finals the previous two seasons, outscored their North Street neighbours, St George's College 3-2 at the National Stadium.

"I am very proud of Ludlow (Bernard). I know what he went through and I am glad he was the one chosen to take us over the line," he said. "As everyone knows, Ludlow and I worked at Harbour View and he knew how to work the system that we had implemented."

Nathan Thomas, who scored the winning goal for KC in added time, thanked Hayles for taking him to KC, when the school celebrated at the North Street campus on Monday.