Champs is still a tool to find talent – Gayle 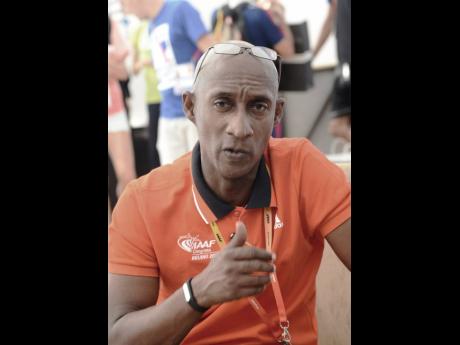 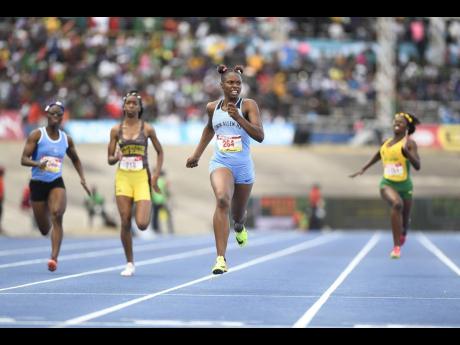 ‘We have a new record’ has become a cliché at the ISSA/GraceKennedy Boys and Girls’ Athletics Championships as each year, a number of records are broken at the event.

But while the young athletes have been soaring to new frontiers with their performances, the qualifying standards to participate in Champs have been stagnant.

The qualifying time for the Class One Boys 400m has been at 51.85 seconds for more than 15 years despite being slower than Sonita Sutherland’s Class One Girls record at 51.13 seconds and almost six seconds slower than Akeem Bloomfield’s record for the event at 44.93 seconds.

But Garth Gaye, a member of the technical committee at the Inter-Secondary Schools Sports Association(ISSA), says that the reasons there has not been a major shift in the qualifying standards for Champs is to continue to generate interest in the sport at the youth level.

“We want to widen the scope to include as many schools as possible. We want as many athletes as possible to represent their schools, and that is the most guiding principle in why we don’t move standards too much from year to year,” Gayle explained.

“The changes in the qualifying standards are gauged by the performance of the top 24 athletes in each event, but we want to have as many people participating at this level to continue to find talent.”

Gayle said that the standard in the discus throw has improved over the years as the event has been growing locally.

“Over the last three years, you would see the standards for some of the field events improve because we have been crowned World Under-20 champion in the discus throw more than one time. Kai Chang is the reigning champion and Fedrick Dacres is a past winner from the past, and he has transitioned well to the senior level.”

The qualifying standards for the 2019 ISSA/GraceKennedy Boys and Girls’ Championships can be found at www.trackandfieldja.com.