Gayle back in Windies ODI squad 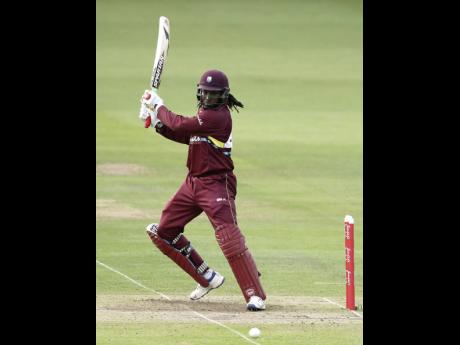 ST JOHN'S, Antigua, Feb 7, CMC - Veteran opener Chris Gayle has made a return to the one-day squad for the first time in seven months after being named yesterday in a 14-man Windies squad for the first two One-Day Internationals (ODI) of the five-match series against England starting later this month.

The 39-year-old is joined by opening partner Evin Lewis who has also been included following a similar length of absence, while uncapped attacking left-hander Nicholas Pooran is set to make his debut after finally getting the attention of selectors for the 50-overs format.

Off-spinner Ashley Nurse is the fourth change to the squad that toured Bangladesh last December, returning to the lineup after recovering from injury.

Chandrapaul Hemraj, who scored 12 runs in two innings against Bangladesh, has been dropped along with fellow batsmen Kieran Powell and Sunil Ambris, with all-rounder Carlos Brathwaite also left out.

Veteran right-hander Marlon Samuels has been omitted due to injury.

The series is the penultimate one before the ICC 50-overs World Cup starting in May and chief selector Courtney Browne said it would provide an ideal gauge of the squad's preparation.

"As we continue our Cricket World Cup preparations, the upcoming series against the top ranked ODI side is a great opportunity for us to gauge where we are as a team," Browne said.

"This allows us to identify any areas that need addressing relating to selection and also helps the coaching staff to fine tune their game strategy.

"We welcome the return of Chris Gayle who missed the last two series and Ashley Nurse from injury.

We are pleased to introduce Nicholas Pooran to the ODI cricket for the first time. He is clearly a young player with undoubted talent and we believe he can add value to our middle order."

Gayle and Lewis featured in the three-match home series against Bangladesh last July but missed the tours of India and Bangladesh in the latter part of the year. Both have continued to play in various Twenty20 leagues, however.

There is no room for explosive all-rounder Andre Russell who missed the tours of India and Bangladesh but is currently plying his trade in the Bangladesh Premier League, while off-spinner Sunil Narine remains on the sidelines after playing his last ODI over two years ago.

The Windies take on England in the first two ODIs at Kensington Oval in Bridgetown on February 20 and 22.