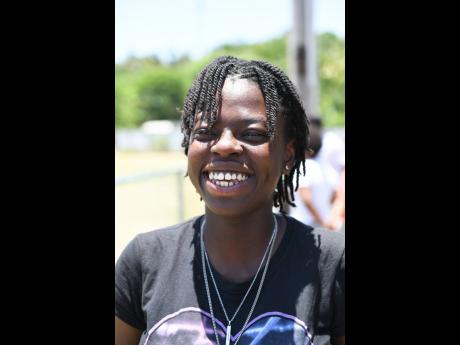 On her way with a friend through Portland, Rashada Williams happened upon the Social Development Commission (SDC)/Wray and Nephew National Community T20 Cricket Competition.

The Windies Women batsman was so impressed with the level of cricket on the pitch, and the inviting reception of the local patrons, she elected to stay and watch the action at Lynch Park in Buff Bay.

"I am impressed by the parish's cricket board," she said. "They have a lot of competitions going on, especially for females. This is very exciting, and I am very impressed with an initiative like this."

Williams watched as Rio United completed an impressive 77 run victory over St Margaret's Bay in the first game on the day. She was a part of the Jamaica Scorpions Women's team which participated in the recently concluded Regional Championships, and while Barbados took both the 50-over and T20 Blaze, Williams felt proud of her performance with the bat. When her eyes were not glued to the action on the pitch, she expressed her intention of participating in the SDC's upcoming Women's T10 (a format of cricket with 10 overs per innings) league, set to begin in July.

She further confided that she liked the Lynch Park venue and would be looking forward to more matches at this ground.

"I like the cool settings of this ground, it is right beside the sea, so it's cool breeze and a beautiful game of cricket by the sea."