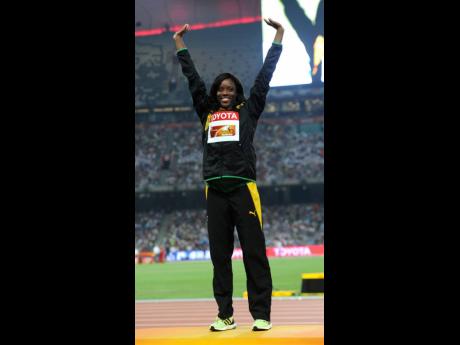 Williams stood atop the podium at the 2015 World Championships after winning the 100 metre hurdles. 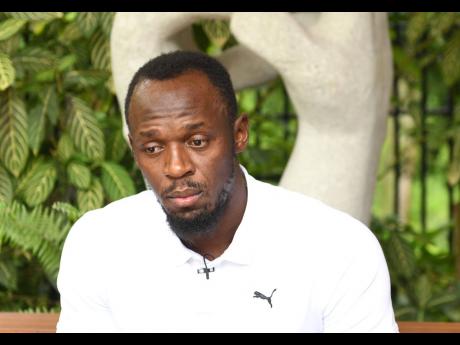 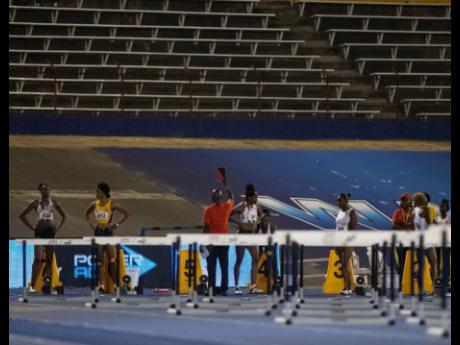 Williams is shown a red card after she false-started in the final of the women’s 100m hurdles at the recently concluded National Senior Championships.
1
2
3

The false-start fiasco which unfolded at the Jamaica Athletics Administrative Association National Senior Championships is still at the forefront of Jamaica's athletics sphere.

Danielle Williams, 2015 World Champion who protested after she was judged to have false-started in the women's 100m hurdles, has been ruled out of contention to represent the country at the IAAF World Championships in Doha, Qatar, by the JAAA.

But sprinting legend Usain Bolt believes Williams should have been given a chance and wants to see her donning the black, green and gold at the World Championships in September.

"Yes, she false-started, but I think that at the level that we need to get to the World Championship, when you have a No. 1 athlete as she is, we need to give the person a chance," Bolt said. "It's the rule of the general track and field but we're in Jamaica and we know that going to the World Championship, we're trying to put our best foot forward."

Williams, who has been running well on the circuit this year, could make it to the World Championships via a wild card from the IAAF if she wins the Diamond race in the event this year. But president of the local association, Warren Blake, said in an interview with The STAR last month that he is not sure the association would accept the invitation on her behalf.

"Like we do with any Diamond League or World Champs winners, anybody who gets a spot, we will have to decide because it is up to the federation to decide whether they will accept the invitation on the athlete's behalf," he said at the time.

After being judged to have false-started, Williams requested to run the race under protest but was denied on the grounds that an athlete can only do so if the start information system is not available or is not believed to be working properly.

Issues arose due to a similar incident that occurred the year previously, when Yohan Blake had been allowed to run under protest, despite the fact that there was no indication that the start information system was not working properly.

Bolt believes that athletes should be protected to ensure that the best individuals are able to represent the country.

"Figure out a way that even if you decided not to keep her in the race now, she can get into the team if she runs at a higher level throughout the season. We can figure something out," Bolt explained. "I think the way they dealt with it was not the best way but rules are rules. We understand that but we always want to put our best foot forward."