Sterling aware of expectations on her 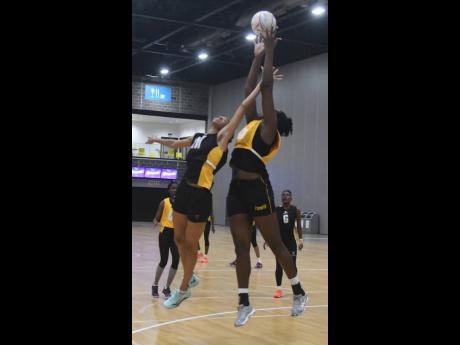 Jamaica senior netball team defender Shamera Sterling says she is not pressured by the expectations that have been placed on her. She says she is ready to lead the Sunshine Girls defensive unit at this month's Netball World Cup (NWC), which starts for the Jamaicans against Fiji here tomorrow.

The 23-year-old Sterling, who is rated as the best defender in the world, currently plies her trade for the Adelaide Thunderbirds in the Suncorp Super League in Australia.

Sterling, who will be playing in her first NWC, says that she has worked very hard on improving her game in the past couple of years, and she is looking forward to doing great things for the Sunshine Girls at the championships.

"I just have to be consistent in the games and just take it from there because I know that my teammates will be depending on me to do great things," she said.

"I am ready to deliver for the Sunshine Girls because I will be taking all the experience that I gained from the Suncorp league into this World Cup.

"I know that every team will be coming at me because they know what I am capable of doing, not only me, but Jamaica. But we are used to other teams coming at us, so we are prepared for the task," she said.

The Sunshine Girls, who recently moved up from third to second in the recent world rankings, have failed to secure a medal at the two previous NWCs in 2011 and 2015.

However, Sterling said they have prepared well for the tournament and she is very optimistic that they will win a medal.

"I think this is a very solid team coming into the World Cup and I just hope that we go out and put it on court and just do our best to get on to the podium," Sterling said. "We are very hungry for a medal and we are going out there with that mindset to ensure that we get a medal."