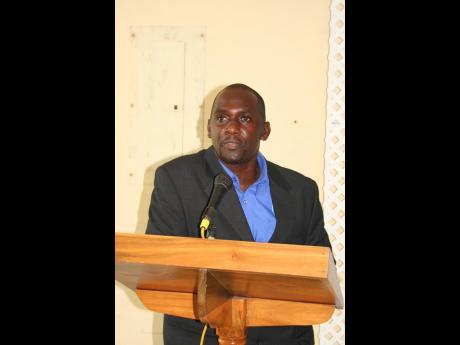 In the competition's finale, Seaforth Sports Club defeated their opponents York United 1-0 to retain their title as the parish champions. The all-important goal came from Jameal Bernard in the 63rd minute of play.

This victory marked Seaforth's third consecutive hold on the title after having dethroned York United when the competition was known as the Captain's Bakery and Grill Major League.

Thompson said despite the challenges the league faced, he was satisfied with the quality of play shown throughout the competition.

"From all accounts based on sentiments from the stakeholders including clubs, sponsors, vendors and the media, it was a success," he said. "I have to commend Seprod through their Serge brand for sponsoring the league."

Thompson said an issue that the league will attempt to fix going forward will be the scheduling of the competition. He explained that the timing of the completion clashed with the JFF/All Island Confederation play-offs, which affected member club Baptiste Alliance.

"Baptiste made it to our semi-finals at the same time the play-off started," he said. "So with the tightness of the play-off, the Major League had to break to allow Baptiste to compete. For the coming season, we are hoping to start earlier to complete the competition before the start of the play-off."

With Baptiste Alliance having made their appearance in the play-off this season, Thompson commented on the chances of premier league football returning to St Thomas.

"We have always done well to have a team in the play-off," Thompson said. "We're just not able, with the luck, to make the Premier League. Teams are more inspired as hardly anyone expected Baptiste to go this far."

Thompson commended the efforts of all the teams that played in the competition, who he believed made an excellent showing of the quality of football within St Thomas.