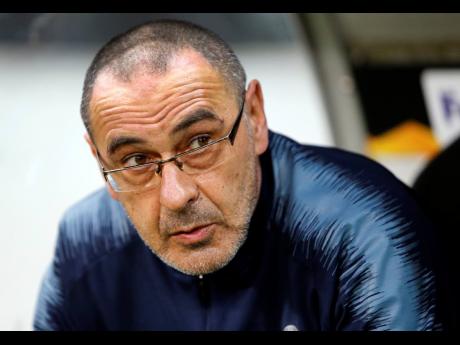 The new Serie A kicks off with an emotional match for Gianluigi Buffon tomorrow.

The veteran goalkeeper returned to Juventus after a season at Paris Saint-Germain, and his first match back is at Parma, where he began his long and illustrious career.

The match is Maurizio Sarri's first at the helm of Juventus, but the former Napoli coach is unlikely to be on the bench as he recovers from pneumonia. Juventus are bidding for a record-extending ninth Serie A title.

Former Juventus coach Antonio Conte will have to wait for his debut as Inter Milan coach until Monday when they welcome newly promoted Lecce.

AC Milan and Roma also have new coaches, and Marco Giampaolo and Paulo Fonseca will take charge of their first matches against Udinese and Genoa.