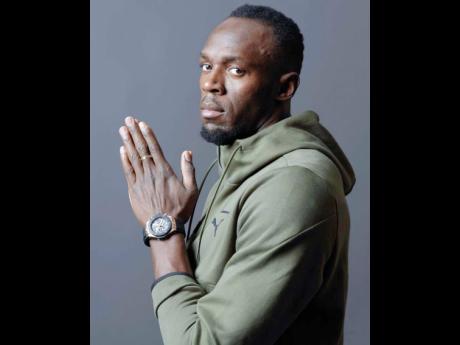 Following on from former 100m World Champion Yohan Blake's comments that he was overshadowed by Usain Bolt throughout his career, the world's fastest man has seemingly respon ded with a musical barb of his own on social media.

Blake, when interviewed by the Times of India while in that country promoting Road Safety Awareness through cricket, said that Bolt's achievements prevented him from achieving bigger stardom.

"If you take Bolt away from the picture, I will be the fastest man in the world. I was born at the wrong time," Blake said on December 3.

Blake went on to say in a subsequent interview with Indian magazine Outlook, two days later, that his former Racer's Track Club coach Glen Mills' fault why he did not face Bolt more often on the track.

"I do regret not competing against him as much as I had wanted but it's not my fault, it's my ex-coach's fault," he said. "But that's behind us and I am looking to the future. When that guy Bolt is dominating you, it is not easy to emerge from his shadow. When I won the World Championship in Daegu (Korea) in 2011, I clocked 19.26 in Brussels and timed 9.69 in Lausanne in 2012, I created my identity."

Bolt seemingly responded on Instagram on Tuesday with a short and cryptic post, which simply said "Overshadow" with two shrugging emojis. He followed up on this theme a day later with a post previewing a new riddim he has created called Overshadowed, which is said to be coming soon. The post also says the riddim is produced by A-Team Lifestyle, the name Bolt and his group of friends go by.

Bolt, who has tried his hand at professional football since his retirement from track and field in 2017, has also explored other ventures including alcohol production and a scooter-sharing project. He has also been reported to now be showing a keen interest in music production and has promised a number of new riddims for airwaves in the near future.