John Stones J’can for a night 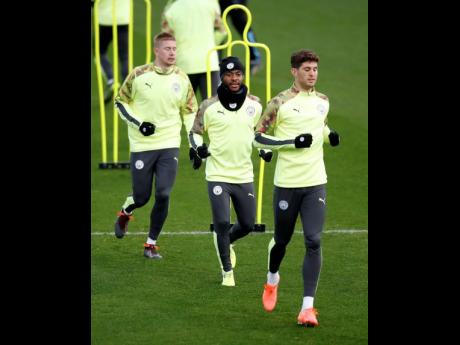 Raheem Sterling (RS), despite being born Jamaican, represents England's national football team but his teammate John Stones (JS) seems to be wishing he could have done the reverse and declared himself eligible for Jamaica's Reggae Boyz.

The England and Manchester City defender was the life of Sterling's 25th birthday party last Saturday night and while seemingly intoxicated, started to show the other patrons just how much interest he has in Jamaican patois.

Sterling, with microphone in hand, began to quiz his teammate on his background and Stones, joining in on the jokes, made it clear where exactly in Jamaica he hails from.

RS: Wait, John Stones, in Jamaica, where are you from?

The crowd then erupted in loud cheering after the duo's dialogue.

After the video of the interaction went viral on social media, Stones' Wikipedia page was then edited by a prankster to say his place of birth is Kingston, Jamaica. However, it was corrected hours later to show Barnsley, England.

The Man City forward's party was well supported by his friends and teammates of both Man City and England. Partygoers came dressed in their best vintage outfits as the event followed the theme of The Great Gatsby, a novel set in 1925. The party primarily featured dancehall music, with patrons engaging in various Jamaican dances. In another viral video from the party, a female could be seen gyrating on Sterling, before she was promptly shoved aside by his girlfriend, who then took her place.

Sterling spent the earlier years of his childhood in Maverley, St Andrew, before migrating to England at age five. He made his breakthrough in English Premier League football at Liverpool FC, before a PS50 million move to Man City in 2015.

"John Stones ate one beef patty and turned into Ninjaman"

"John Stones looking like one of the cast from peaky blinders"

"If Pep (Guardiola, Man City manager) had hair it would be falling out right now"

"Appear anywhere but central defence aye. That a boy!"