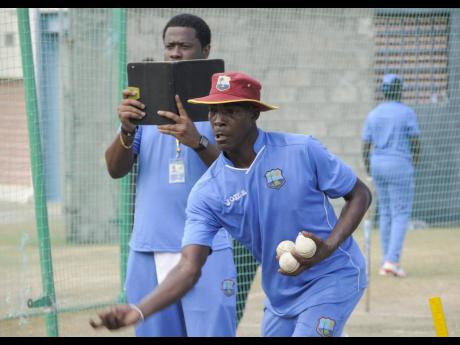 Vasbert Drakes, controversially sacked last year as part of a shake-up of the Windies men's coaching staff, is one of several regional coaches down to participate in a Cricket West Indies (CWI) coaches forum starting here today.

The former Windies all-rounder, along with head coach Richard Pybus and his back room staff, were relieved of their positions last April ahead of the ICC 50-overs World Cup in England.

Barbadian Drakes subsequently pursued legal recourse against CWI for what his lawyer labelled as an "unlawful" dismissal.

The 50-year-old joins a group that includes current Windies assistant coach Roddy Estwick and former interim Windies head coach, Floyd Reifer, for the forum which CWI said yesterday would be the "launch pad" for its new coaching education programme.

"There is no doubt that the role of the coach is vital at every level of the player pathway," he said.

"These coach forums will be crucial to the creation of a coach development system that provides our coaches with the practical resources required to assist them to play their part in the player journey."

"I am pleased that CWI is putting resources behind player development through the strengthening of its coaching pathway," said the former Windies captain.

"We need to have all our coaches in the region playing a consistent and integrated role in player development and this forum will be a significant part of the process."

CWI president Ricky Skerritt said this assembly of the region's coaching top brass was a realisation of the governing body's policy regarding coaching development.

"Bringing cricket specialists together to learn from each other, establish standards and plan strategy is a crucial component of CWI's overall strategy. I am really pleased to see such a gathering taking place."