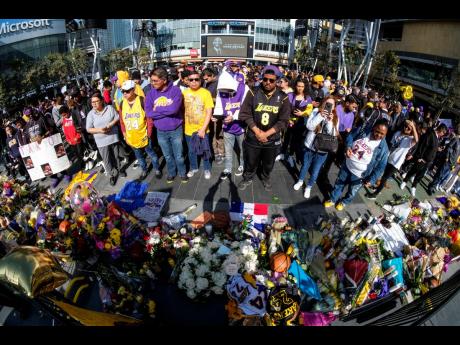 People gather at a memorial for Kobe Bryant near Staples Center in Los Angeles, California, yesterday. 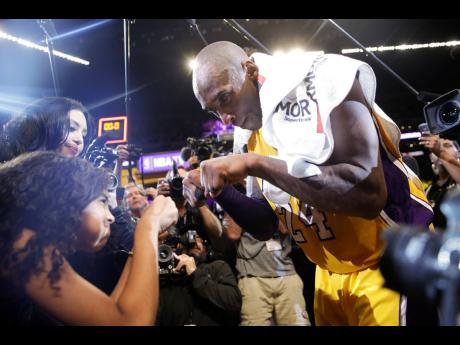 In this April 13, 2016 file photo Los Angeles Lakers’ Kobe Bryant (right) fist-bumps his daughter Gianna after the last NBA basketball game of his career, against the Utah Jazz in Los Angeles, California.
1
2

The NBA has postponed the Los Angeles Lakers' next game against the Clippers tonight after the deaths of retired superstar Kobe Bryant, his daughter Gianna, and seven others in a helicopter crash in Calabasas, California.

The league announced the decision yesterday.

Bryant's helicopter crashed Sunday, and the Lakers learned about it while flying home from an East Coast road trip. LeBron James and several other players appeared to be visibly affected by the news when they got off the plane.

The Lakers organisation hasn't made a public statement about Bryant's death, choosing to mourn in private. The 16-time NBA champion franchise made grief counsellors available to employees Monday after the loss of Bryant, who spent his entire 20-year NBA career with the Lakers.

Dwight Howard is the only member of the current Lakers roster who was teammate with Bryant, but the players all knew him. Bryant had attended a handful of Lakers games in recent years with his daughter.

The NBA says the game between the Los Angeles rivals will be rescheduled.

The next game on the Lakers' schedule is Friday night at home at the Staples Center against Portland Trail Blazers.