Records to go at Gibson McCook 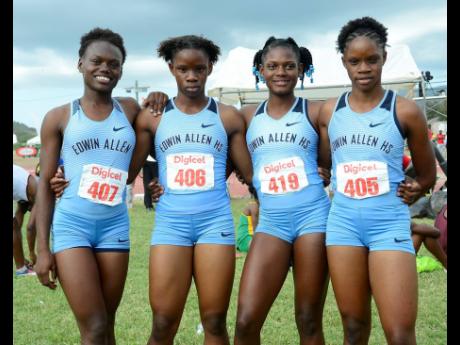 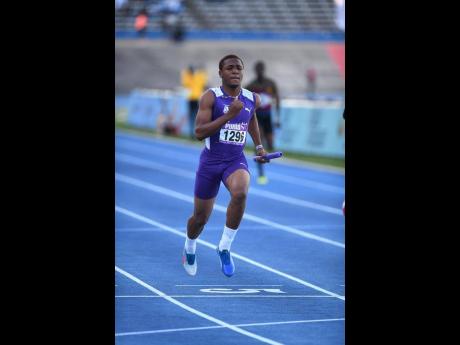 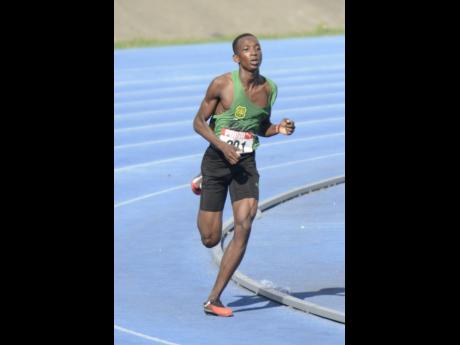 Five high school meet records could fall at tomorrow’s staging of the Gibson McCook Relays inside the National Stadium. The terrific Edwin Allen High School Class Two sprint crew will be in the record reckoning twice with Calabar High, Vere Technical and host school Kingston College all ready to rewrite history at the venerable relay carnival.

Coached by Michael Dyke, Edwin Allen zipped through the Class Two 4x100m in 43.80 seconds on February 19 at the Central Championships with Serena Cole, Tina Clayton, Brandy Hall and Clayton’s twin sister Tia doing the speeding. That took down the all-time Class Two record of 43.91 set by Edwin Allen last year.

That foursome, which included the outstanding Kevona Davis, eased home in 44.75 seconds at Gibson-McCook last year. The record will almost certainly fall tomorrow.

Cole, Class Two teammate Saleci Myles, Tina and Class One 400 metres runner Salisa Palmer have the season’s fastest 4x200m time – 1.34.02 – at the Western Relays on February 8. The Gibson-McCook record of one minute 33.82 seconds by Hydel High in 2017 is excellent but approachable.

The boys Class Two 4x100m mark – 40.65 seconds – was set by KC in 2014 and curiously, another Purple quartet will rush towards it tomorrow. Yourie Lawrence, Adrian Kerr, Amontae Wray and Bouwahjgie Nkrumie will seek to extend the school’s 2020 undefeated streak to three and, at full throttle, they could eliminate the record.

Vere, the former queenpins of high school athletics, are rebuilding. A good sign came at the Western Relays with a record run in the sprint medley – four minutes 00.11 seconds. That’s quicker than the Gibson standard set by an all-star Queen’s School quartet last year at 4.00.83.

A monster anchor leg by Kimar Farquharson gave Calabar victory and the 4x800m record last year in seven minutes 31.71 seconds and the Penn Relay champions return with the inform duo of Farquharson and Kevroy Venson. St Elizabeth Technical, winners at their home Invitational on January 25, might be the main threat.

Pundits have had their eye on St Jago and their fine Class Four 4x100m steppers since they clocked 47.75 seconds on January 18. They ruled the roost until a loss to Edwin Allen at Central Champs. However, the Kelando Goburn-coached outfit is still the fastest in the nation at 47.61 seconds but Edwin Allen, 47.69 and Hydel, 47.89, will be right there. The resulting battle could push the winners close to Hydel’s 2017 record of 47.23.