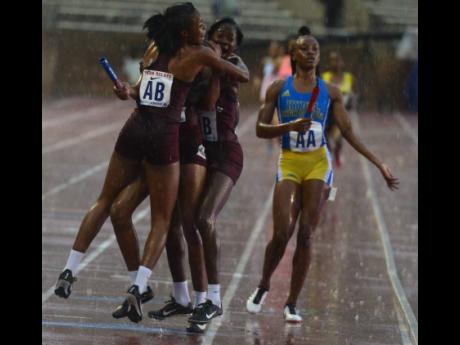 The world’s most renowned relay carnival has been cancelled due the ongoing threat of the coronavirus. Set for its 126st consecutive staging on April 23, 24 and 25 on Franklin Field in Philadelphia, the Penn Relays will not be held this year. In its place, the University of Pennsylvania will endeavour to host a substitute track meet at a later date in late May or early June.

The decision follows the confirmation of coronavirus cases in Philadelphia and cancellation of events on the university campus. Last week, events set for April 6, 14 and 15 were removed. Known as Quaker Days, the April 6 and 15 events would see prospective students visit Penn before making their final college decisions. This year’s Quaker Days events were planned for April 6 and April 15.

“Based on the current novel coronavirus pandemic, we cannot host an event in late April without putting our participants, spectators, officials, volunteers, and staff at risk,” said Dr M Grace Calhoun, the T Gibbs Kane, junior W’69 Director of Recreation and Intercollegiate Athletics at the University of Pennsylvania.

Notice of the cancellation appeared on the meet’s website on March 16.

The relays join a long list of public gatherings which have been affected by measures to contain the spread of the virus. These include Boys and Girls’ Championships and the Carifta Games.

Jamaican teams have been making to the trip to Pennsylvania on the last full weekend in April since 1964. This year’s contingent would likely have included record-chasing teams from Edwin Allen High School in the Championship of America 4x100 and Calabar High School in the distance medley.

The replacement meet, if it is held, will not be the standard Penn Relays format. It will abandon the usual three-day schedule and a one-day event will see participation designed to provide the opportunity for youth, high school, and senior runners.

“No one associated with the Penn Relays has ever wanted to see a cancellation,” said Dave Johnson, director of the Penn Relays. “While participating in the meet as an athlete, coach or official remains a bucket list goal for many, the event has long served as an annual homecoming for families, friends, teams and social groups. Without the Penn Relays, springtime in Philadelphia will not be the same. We will be back for the 2021 Penn Relays on April 22 through 24 at Franklin Field, when we hope to see brighter days and be reunited with Penn Relays family.”

Owing to the health threat, Jamaican teams had already been instructed not to go.