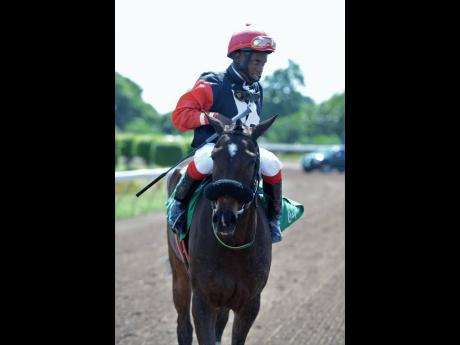 Despite a slow start to this season, reigning champion jockey Christopher Mamdeen says he is aiming to secure over 30 wins at Caymanas Park this year.

The 27-year-old Mamdeen rode 96 winners last year to capture the jockey's title as an apprentice in the saddle.

However, this year has been a very tough one for the Clarendon native as he has only ridden three wins so far.

Mamdeen told STAR Sports that despite his limited success so far, he remains very committed to his craft.

"This year is very difficult because starting this year, I was out for at least a month and a half due to suspension, and so that kind of set me back a bit," said Mamdeen.

"It is a little tight this year for me, and so I just have to continue to work hard and look forward to next year," he said.

"I am hoping to still win about 30 to 40 races this year, and this is my aim because anything I put my mind to, I just work hard towards and achieve it," said the diminutive jockey.

He added that winning last year's jockey's title has helped his confidence a lot because he has also been improving in the saddle every day.

"I am still pleased with the way things have been going because I am still getting the rides, and I am still earning, and I am working hard every day," Mamdeen said.

"It was a good feeling, and it was good motivation to win the jockey's championships last year," he said.

"Winning the championships really helps me and puts me out there so that the trainers look up to me as a young, good rider at Caymanas Park," he said.