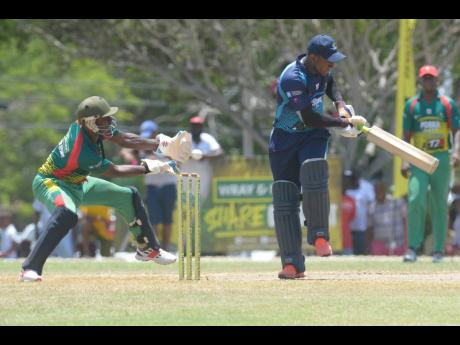 The tournament, which was postponed in May because of the outbreak of the coronavirus, was set to resume on August 29, but could face further delays as the number of cases increase locally.

Grange told STAR Sports that there has been a huge amount of confirmed cases of the virus in recent times and therefore, the start of the competition could now be rescheduled.

"Although I am happy to get the cricket competition up and running at the end of August into September, remember everything is subject to change," said Grange. "Even if we observed the protocols, if we see a spike, a decision can be made to restrict activities."

She continued: "You have to bear in mind that we have to watch the situation to determine what will finally happen. COVID-19 is very serious and everybody in the country should take it seriously."

More than 200 teams from across the island took part in last year's competition, which was won by Gayle Cricket Club from St Mary.

The country has so far recorded 958 confirmed cases of the virus. There have been 745 recoveries, while 12 persons have died from the disease.

The deadly virus has forced the cancellation of a number of sporting events, both locally and internationally, this season.

These include the Red Stripe Premier League, the Racers Grand Prix, the Jamaica International Invitational meet as well as the Tokyo Olympic Games. However, horse racing at Caymanas Park is the only sport locally that have been operating with spectators locally.

Grange underscored that persons attending the race track should take extreme precaution to ensure that they follow the protocols and guidelines that have been set out by the Government as they try to control the stem of the disease.

"COVID-19 isn't gone anywhere, because it is still here with us in Jamaica and so we have to be mindful of that."