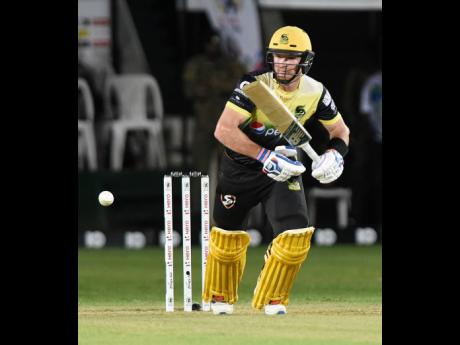 Jamaica Tallawahs Chief Executive Officer Jeff Miller says the franchise is happy to participate in the 2020 Hero Caribbean Premier League (CPL) although the new format is expected to negatively affect its finances as well as the Jamaican economy.

The 2020 staging of the CPL will be entirely behind closed doors in Trinidad and Tobago from August 18 to September 10; instead of the usual home-and-away format before the play-off rounds.

This is because of the COVID-19 pandemic.

"The benefit of having the tournament is more important than looking at the losses that the franchise will endure and share," Miller told STAR Sports. "The decision had to be made and we decided that we will participate in the CPL this year."

This decision, however, comes with a loss.

"Unfortunately, that economic impact won't be there to share," Miler said. "From the franchise standpoint, not only will there be no receipts, there is not going to be any sponsors per se, there's no merchandise, there is no concession that will go to the franchise."

These economic gains came from spectators booking flights, booking hotel rooms, filling the stands and spending in the countries during the five home games in Jamaica.

Miller said the CPL board and players have chipped in to help cover some of the costs associated with this season's competition.

"CPL has contributed to a significant amount of the expenses to make sure that the games can go on, and in addition to that, the players have agreed to a 30 per cent discount in salaries," he said.

He also said with the games being hosted in one country and the players staying in one hotel, the expenses have been cut for the franchise, and this is something they can recover from.

Miller said that the franchise has a recovery plan, through various partnerships, to help them out of this financial strain.

He said these are challenging times but he is happy that the league will go on.

"We have to commend the officials of the CPL, despite the pandemic, to host the games this year," Miller said.

The tournament will see 33 games played at two venues in Trinidad.

The Jamaica Tallawahs' first match will be against St Lucia Zouks on August 19.