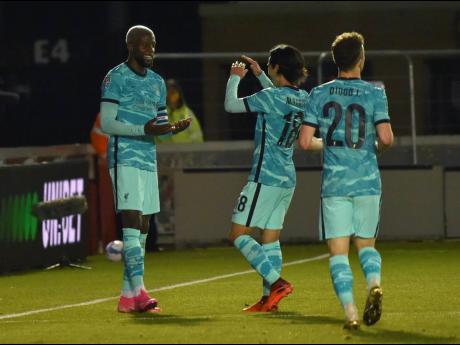 UEFA detailed a programme of national team games in 2021 yesterday to catch up on the schedule disrupted by the coronavirus pandemic.

Europe's 55 national teams will play three games instead of two in March and September, with nearly all in their 2022 World Cup qualification groups.

The continent's 10 World Cup-qualifying groups were due to play games next June, but that option was taken by the postponed 2020 European Championship. It is scheduled from June 11-July 11.

That will go ahead in October 2021, to be hosted by either Italy, the Netherlands or Poland, who are playing in the same top-tier League A group.

To make space in their 2021 schedules, the four Nations League Finals teams - who will be the winners of their top-tier groups in November - must be drawn in a five-team World Cup-qualifying group instead of six teams.

FIFA should make the European qualifying groups draw for the World Cup in Zurich in December.

Five substitutes will be available for teams to use in all UEFA-organised games this season "to alleviate the burden on players caused by the condensed international match calendars 2020-21 due to the COVID-19 pandemic," UEFA said after an executive committee meeting.

England's Premier League is an exception in Europe for limiting teams to just three substitutes this season. Some teams said the temporary rule benefited richer clubs with deeper rosters.

Belarus will no longer host UEFA's annual congress of 55 member federations in Minsk next March, UEFA said. All major meetings for the next six months will be hosted in Switzerland to limit disruption to UEFA staff.