Rivers out as Clippers’ coach 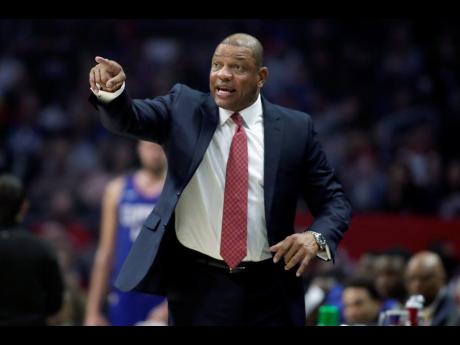 And now he's out.

Rivers announced in a statement posted to Twitter on Monday that he is not returning as coach. The move comes about two weeks after the Clippers wasted a 3-1 series lead and lost to the Denver Nuggets in the Western Conference semi-finals.

"Doc has been a terrific coach for the Clippers, an incredible ambassador, and a pillar of strength during tumultuous times," Clippers Chairman Steve Ballmer said in a statement. "He won a heck of a lot of games and laid a foundation for this franchise."

The Clippers said Rivers and Ballmer came to the decision jointly.

Rivers spent seven seasons with the Clippers, making the playoffs in six of them -- major success for a once-woebegone franchise. This season's team, with the summer 2019 additions of Kawhi Leonard and Paul George, was expected to compete for a championship.

But losing three closeout opportunities to the Nuggets cost the Clippers a chance to play the Los Angeles Lakers in the West finals, and likely played a role in Rivers not remaining as coach.

"When I took this job, my goals were to make this a winning basketball programme, a free agent destination, and bring a championship to this organisation," Rivers wrote in the statement. "While I was able to accomplish most of my goals, I won't be able to see them all through."