We are not executing our plans – Collymore 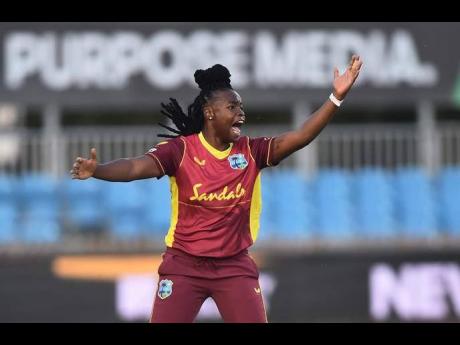 West Indies women's assistant coach Corey Collymore says the team has not been executing the plans that have been laid out and as a result, the regional side have found themselves winless in four attempts against England.

The West Indies went down by 44 runs to England in the fourth T20 International at the Incora County Ground in Derby on Monday, which leaves the regional side staring down a whitewash with one game to go in the five-match series.

The West Indies started well with the ball after England opted to take the first strike, with Barbadian seamer Aaliyah Alleyne bagging two wickets in the early going. Once again the Windies bowlers failed to maintain their discipline in the middle to lower overs and England rallied from 45 for three, to post 166 for six in their allotted 20 overs.

Their highest total of the series was built largely around a fine knock of 55 from Amy Jones, who hit five fours and two sixes. She got good support from captain Heather Knight who made 42 from 30 balls and 25 not out from Katherine Brunt.

After losing the team's top scorer in Deandra Dottin early for four, the West Indies batters struggled to get anywhere close to the England target as only Chadean Nation with 30 and Alleyne with 15, put up any real meaningful resistance as the visitors limped to 122 for nine in 20 overs.

In the post-match media interaction, Collymore said that the Windies Women have not done what has been asked of them and as a result, the team has failed to win a game thus far in the series.

"The plans are there, we have trained well and I have seen people do it in training but for some reason when we come to the middle in the games, we are not executing," said Collymore.

The former West Indies fast bowler who is responsible for preparing the bowlers, says the team's poor fielding has also been a major problem for the team on tour thus far.

"In the fielding department, I think we have let ourselves down. We dropped about nine or 10 catches and all the players that have been dropped early have made a significant score," he said.

"I said it from the outset that this tournament would be decided not on how well we bowled but how well we do in the field. They need to marry each other and we are not putting them together."