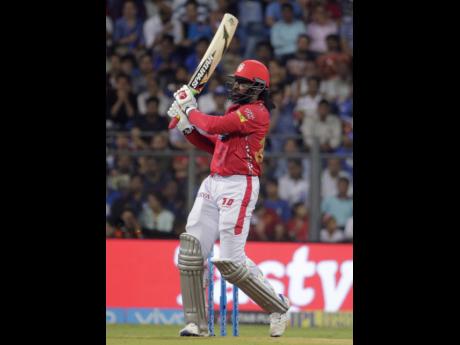 Gayle's withdrawal is a big blow to the LPL even before organisers launch its inaugural season.

The Kandy Tuskers, the franchise for whom he was set to play, made the announcement on Thursday that Gayle and England pacer Liam Plunkett were no longer available.

"We are sad to announce that Chris Gayle will not be playing for us in this year's @LPLT20," the Tuskers tweeted, without specifying the reasons for his decision.

Unconfirmed media reports have indicated that Gayle, 41, has withdrawn because of injury.

Gayle holds the record for hitting the most sixes in the T20 format. He was coming off a season with Kings XI Punjab in the Indian Premier League, which ended two Tuesdays ago.

The withdrawal of Gayle and Plunkett from the LPL comes a day after former Pakistan captain Sarfraz Ahmed pulled out from the franchise-based T20 tournament that is facing a host of issues, including player payments and contracts.

Sarfraz was to captain the Galle Gladiators franchise.

The LPL is scheduled to start on November 26 with a contest between Colombo Kings and Kandy Tuskers in Hambantota, with the final slated for December 16.

Five teams - Colombo, Kandy, Galle, Dambulla and Jaffna - will play for the top prize in the tournament.