Matthews set to join new club in the new year 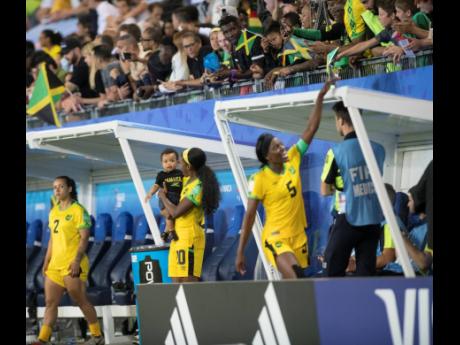 Matthews (left) enjoys a moment with her then nine month old som after a FIFA Women’s World Cup match againts Australia on June 18, 2019. 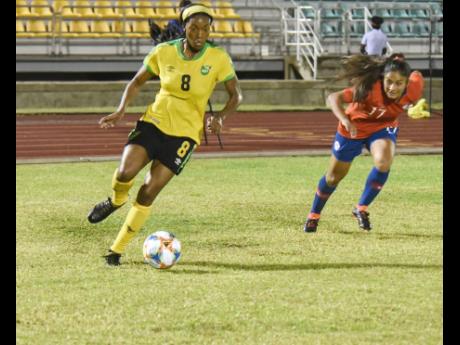 This as the 27-year-old Matthews will join the league's newest franchise, Racing Louisville FC, ahead of the 2021 campaign. She was selected in the NWSL Re-Entry draft on November 2 after she was placed on waivers by the Washington Spirt who selected her in 2016 in the first round of the 2016 NWSL draft.

Matthews is currently expecting her second child and will join the team at the end of her pregnancy. In an interview with CBSSports.com, she said that she is anticipating returning to club football in a new environment.

"All along, I've had every expectation of coming back to play in 2021," Matthews said. "I've had really positive talks with my national team coach in Jamaica about next year and I'm looking forward to having a new environment in Louisville."

Matthews made 55 total appearances for the Washington Spirit during her four-year run with the team, scoring 11 goals. She went to the NWSL final in her rookie season in 2016, but lost the title to the now-defunct Western New York Flash. She took a paid leave of absence ahead of the 2020 season to spend time with her family, with a stipulation that she could move to another team if necessary.

Louisville head coach Christy Holly, in the same CBSSports.com interview, said that her adaptability to different positions in the attack makes her an asset to the team in their inaugural season.

"She is an exciting, fast goal-scoring forward with a good reputation across the league. Cheyna is the type of player we're looking to recruit. Having spoken to her previous coaches and teammates, she commands a lot of respect," Holly said.

The 2021 season will see a change in the format of the competition as the Challenge Cup has been added as an in-league season competition. The tournament was created this year as the official return of the 2020 NWSL season, which was delayed for three months because of the coronavirus pandemic. The 24-match regular season is expected to begin in May, with the play-offs expanded to six teams and the top two seeds receiving a first-round bye.