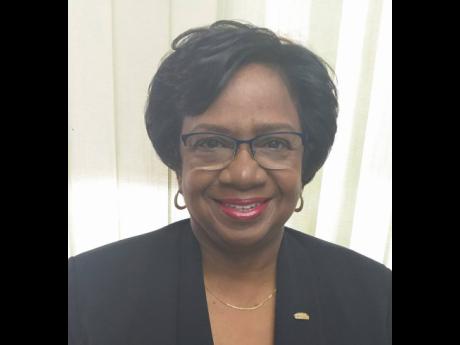 Jackie Cowan, the new president of the Jamaica Volleyball Association (JaVA), intends to build the sport by continuing to increase the nation's player population, having more coaches and referees certified and working with the sport's stakeholders. General secretary for the past five years, Cowan is ready to go.

Speaking days after she replaced Rudolph Speid as JaVA's top official, Cowan said: "Basically, we want more persons playing volleyball. Volleyball is an alternative sport to track and field and football. Everybody cannot play football and everybody cannot run track, so we're trying to get more volleyball played at the primary-school level, which we have actually done. We have about 80 schools that play around the country, and we have a vibrant primary schools competition."

The second plank of the association's plan will be training for its officials and coaches. "We want to have more of our coaches and our referees internationally certified," she added.

She believes her experience as general secretary will help. "So I'm quite familiar with all the things that need to be done to ensure that we continue with the growth of the sport," she replied to questions about her transition to the top post, "and you do that really with your partners, the stakeholders, the clubs, they really have to have trust in you that you can carry out the mandate of the association."

Speid did not seek to be re-elected.

Asked when volleyball competitions would resume, the new JaVA president said, "On the local side, we cannot do anything until we get approval from the ministry that allows us to restart, and we sent in our protocols and we're still waiting for that."

No Training at Schools

Beyond that, with most schools conducting classes online due to the COVID-19 pandemic, there is no training at schools. "While classes are online, we won't be able to start our high-school competition or our primary-school competition," she added.

Access to training venues is also restricted for the same reason.

According to Cowan, who is secretary general for the Caribbean Zonal Volleyball Association (CAZOVA), the pandemic has wiped out the 2020 regional competition calendar. "We have a challenge because, as you know, with the pandemic, all countries have their protocols as it relates to the re-engagement of sports and travel and quarantine and all of that," she reported.

"We now have to relook at those dates because we have competitions that were set for 2020 that were postponed, and we actually have some that were cancelled outright,"she emphasised.

The tournaments affected include the CAZOVA Senior Championships.

"Next year is Olympic year and it's going to be a jammed calendar, so we're not really sure," she outlined. A regional meeting later this month might shed some light on the matter. "Again, it depends on the countries that would like to host and what the criteria would be to do that," Cowan submitted.