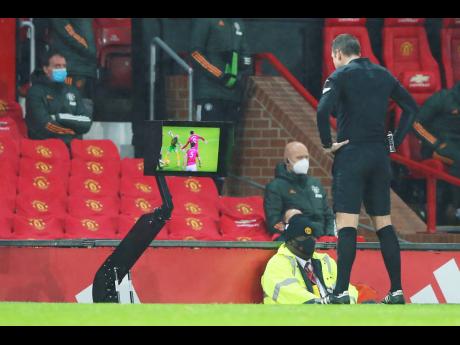 More clarification of the handball law in football was requested yesterday by experts advising the sport's rule-making panel.

Acknowledging that "interpretation of handball incidents has not always been consistent", the International Football Association Board (IFAB) said its two specialist advisory groups asked for more clarity.

Also, long-standing plans to let teams use an extra substitute to replace a player with a suspected head injury made progress.

Trials of concussion substitutes in the FA Cup third round in January have now been targeted by the English Football Association, which took part in the IFAB meetings.

Amendments to judging handball in the past two years have seen a sharp rise in the number of penalty kicks awarded, often for offences that seemed unavoidable and provoked confusion among fans.

UEFA called on FIFA this month for a better definition of handball after "many unfair decisions, which have been met with growing frustration and discomfort."

The spike in handball offences has coincided with wider use of video review to give match officials more evidence to make decisions.

The IFAB said after yesterday's meetings that referees must have the final decision and noted that "not every touch of a player's hand/arm with the ball" should be punished.

The rules panel, which comprises officials from FIFA and the four British associations, sent its concussion expert group's proposal last month to a December 16 meeting of the IFAB.

The IFAB previously increased the substitutes quota from three per game to five to ease the burden on players during congested fixtures programmes caused by the coronavirus pandemic.

The IFAB meeting next month sets the agenda for the annual decision-making session, which is scheduled for March 6.