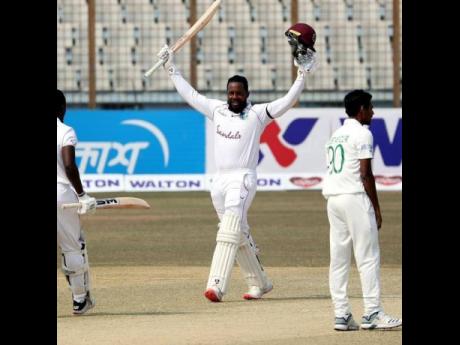 Ahead of the West Indies' first home series in more than a year, former national cricketer Jeffrey Dujon says that the team should be able to elevate their level when they host Sri Lanka next month.

Since the COVID-19 pandemic, the team has been forced to travel to play against England, New Zealand and most recently Bangladesh with notable players choosing to opt out of the latter tour because of COVID-19 concerns. The West Indies sent a makeshift squad with several debutants who were beaten in the one-day international series but won the Test series 2-0, their first Test series victory since January 2020.

But with the regional side set to host Sri Lanka in Antigua next month in a biosecure environment for their first home series since Ireland's tour in January 2020, Dujon says that despite the restrictions, it would still give the team some comfort being able to play at home and build on the confidence that is now being exuded in the camp.

"To be in your own environment, regardless of whether you are in a bubble or not, is going to be easier. And the conditions are conditions that you know. The possibility is there to settle and play a lot better, obviously having the confidence as well," Dujon told STAR Sports.

Among the new players that impressed during the Test series win are Kyle Mayers who hit a double century in the first Test and national middle-order batsman Nkrumah Bonner who was named Man of the Series. Dujon has credited the positive atmosphere among the group given that they were without key players.

"This tour suggests that the coaching staff has had an effect on the quality of the team with players coming in and I'm sure that [head coach] Phil Simmons would have tried to impress on them the importance of what they are doing," Dujon said. "I have to credit the coaching staff because, obviously, they have created a new attitude in the team, something that quite possibly may have been more difficult had a number of the seasoned players been there."