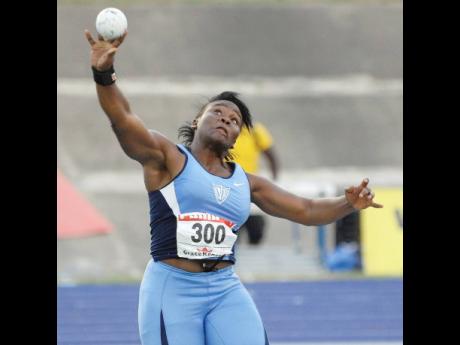 Danniel Thomas of Edwin Allen High School put the shot during the Class One girls Discus Throw on day three of the ISSA/GraceKennedy Boys and Girls’ Athletics Championships 2012. 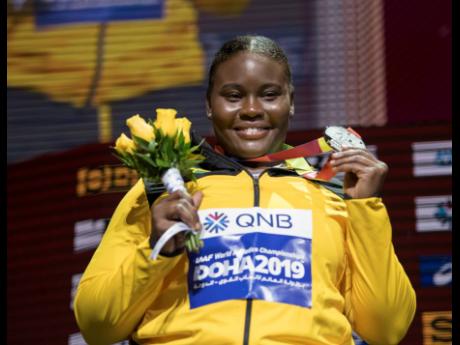 Danniel Thomas-Dodd smiles as she shows off her silver medal during the medal presentation for the women’s shot put at the 2019 IAAF World Athletic Championships held at the Khalifa International Stadium in Doha, Qatar, on Friday October 4, 2019. 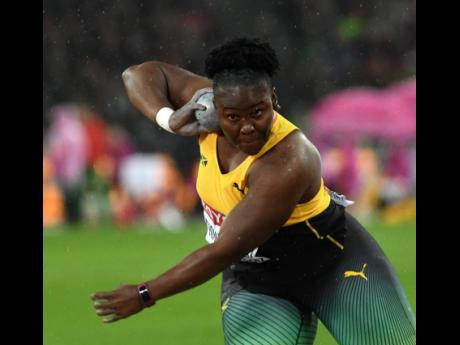 Danniel Thomas-Dodd in action at the IAAF World Championships London 2017.
1
2
3

From netballer, to sprinter, to shot putter, Danniel Thomas-Dodd has had an interesting progress through sports before settling on the latter, a choice that has led her to individual excellence as well as brought prominence to Jamaica's field events.

The 2019 World Championship silver medallist and Pan American Games champion was initially a netball player in her teenage years and actually had started as a sprinter at Frome Technical High School. Her former coach Roderick Myles recalled the difficulties that he had in getting her to train during the Christmas term, during the netball season ahead of the track and field cycle in January.

"She was a good netballer. She used to play centre. So what happened was that it was a challenge to get her to train actually from September to December," Myles told STAR Sports. "[But] she was [also] a good enough sprinter, very compact."

However, Thomas-Dodd would make the change from sprinting to the throws as Myles said that Thomas-Dodd had been putting on too much weight to continue long term. It was a decision that set her up to rise through the youth ranks. She participated in the javelin, discus and shot put and managed to be impressive in all disciplines.

"She had a natural throwing arm because when an athlete can make a [ISSA/Boys and Girls'] Champs final in the class two, [that's impressive]. Because she made the javelin final as a 15-year-old. And she made the shot put final as a 15-year-old as well. So technically, she has a natural throwing arm. The first time she actually got it (shot put), she fell in love with it," he said.

But it was hard to part with netball and be faced with a choice regarding her long-term future, Myles counselled her as to the possible collegiate opportunities that athletics could bring.

"I think she always love the shot put but it was more of a struggle to give up netball. I think I asked her one time, you think now that you went to Champs and you went to the final [you could continue full time]?" Myles said. "I explained to her the whole going to college and then now her father came and checked me and basically the rest was history."

She would transfer from Frome to Edwin Allen High School where she would spend two years, setting the Champs shot put record in the process before attending Kent State University. At the senior level, her career began at the 2014 Commonwealth Games where she finished eighth in the discus and fifth in the shot put at the Pan American Games a year later. However, she progressed through the years earning her first medal, a World Indoor Championships silver in 2018, and numerous podium positions in 2019. The silver she won at the Doha World Championships was part of Jamaica's historic four-medal haul in the field that year.

Myles has credited her extreme focus to her craft which he saw develop as a teenager, and as she prepares for the Tokyo Olympics this summer, he believes she is capable of more championship performances. One of the things is that she gives her all in everything," Myles said. "I think she is passionate and she is a competitor, she loves to compete and she likes to bring her 'A' game, especially in the championship."