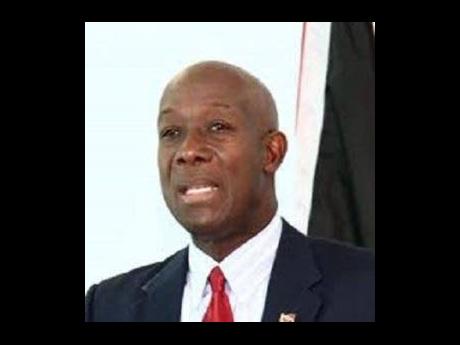 Prime Minister Dr Keith Rowley announced Saturday that horse racing fans can watch races in person again from November 1, but only those who are fully vaccinated against COVID-19.

But the Arima Race Club (ARC) has indicated that racing will resume a week earlier, at Santa Rosa Park in Arima, without spectators.

At a press conference on Saturday, Prime Minister Rowley announced: "We have been lobbied pretty heavily for the past two months by the Minister of Trade and associates in the horse racing business but horse racing can resume to vaccinated patrons. In the stands, we'll allow vaccinated persons only to come in at least for now."

The last time there was racing was in April, before the COVID-19 lockdown measures took effect.

The local horse racing season was scheduled to resume on October 16 at Santa Rosa Park but that was postponed by a week.

ARC president Robert Bernard told the Trinidad and Tobago Guardian newspaper that after a meeting of the ARC two Wednesdays ago, a decision was taken to push back the resumption date to October 23.

"This was done to cater for unvaccinated members of the horse racing fraternity. The ARC has to comply with the Safe Zone operative and therefore some of the workers in the fraternity were not vaccinated, so it was best to defer by one week to ensure all is well," he explained.

"With the one-shot Johnson and Johnson vaccine, many of our owners, trainers, grooms, committee members and members have been vaccinated. No one will be allowed into the compound unless they are fully vaccinated. Everyone had the opportunity to get the one-shot two weeks ago and they would have been able to comply with being fully vaccinated by October 23. We are not going to go against Government regulations."

Bernard added that the ARC has sent a programme for approval to the T&T Racing Authority, which includes the Guineas and Derby to be run by the end of the year.

"We are awaiting their response. We are very hopeful that all will be well as we are not contravening any rules of racing," he said.