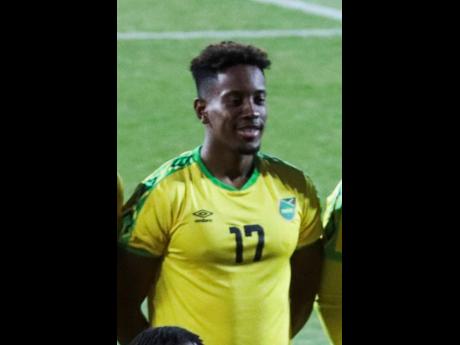 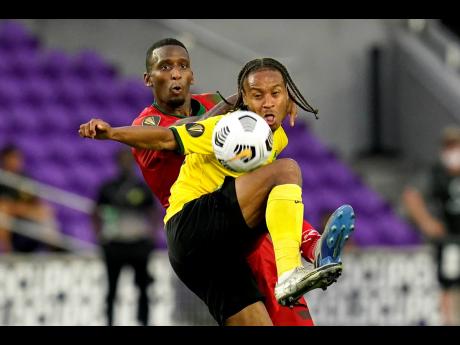 Reggae Boyz strike pair Jamal Lowe and Bobby Reid both scored to help fire their respective English Championship clubs to victory on Saturday, while compatriot Jamille Matt notched his eighth goal of the season to stretch Forest Green Rovers' lead to four points at the top of League Two.

Lowe, 27, celebrated his first league start for AFC Bournemouth, who restored their three-point advantage at the top of the Championship with a comfortable 2-0 win at Bristol City, by steering in Jack Stacey's superb cross from close range on 21 minutes.

City, without a home win since January, had manager Nigel Pearson back in the dug-out after missing two matches due to contracting COVID-19 for a second time, and he was hoping his side could build on their 3-2 win over Peterborough in their last match before the international break.

But a volley over the bar from Bermuda captain Nahki Wells, who came on as a 13th-minute substitute after recovering from injury, from Callum O'Dowda's cut-back was the best they could carve out in the first half.

On five consecutive away clean sheets, Bournemouth manager Scott Parker said: "It's massive. I thought we were superb. We controlled the game for large parts and were deadly at times. We were a lot better than 2-0 really."

Mitrovic opened the scoring in the 10th minute and after QPR's Lyndon Dykes equalised in the 54th minute, the Serbian headed Fulham back in front with his 12th league goal of the season. Four minutes later Reid, 28, added a third, slotting the ball into the far corner.

After Mitrovic's early strike, QPR improved as the half went on, with Chris Willock, who is of Montserratian descent, striking the post five minutes before the break. After the restart, Willock set up Scotland international Dykes, who rounded Fulham stopper Marek Rodak to score in his fourth consecutive match for club and country.

Two goals in five minutes in the second half helped Forest Green secure a 2-0 victory at bottom side Scunthorpe United.

Matt, 31, broke the deadlock from the penalty spot on the hour mark after he had been fouled, before Gambia international Ebou Adams headed in a second five minutes later.

"Full credit to the lads, it wasn't pretty as they made it really tough for us, but I'm really pleased to come away with the three points," Rovers' head coach Rob Edwards said afterwards.

Another Jamaica-born player, Jordon Garrick, 23, who moved to England as a child, struck in the 11th minute as League One leaders Plymouth Argyle stormed back to win 3-1 at Oxford United and take their unbeaten league run to 12 games.

Garrick, who caused the home defence a lot of problems, skipped past one challenge as he cut in from the left, before curling a right-footed shot past goalkeeper Jack Stevens into the far corner.