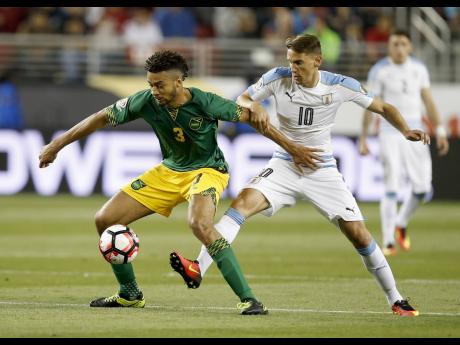 National defender Michael Hector will not be joining Fulham's return to the English Premier League (EPL) next season as he will be looking for a new home this summer.

The club announced that Hector and 13 other players would not be renewing their contracts with the club when these contracts expire this summer. This is after a season that saw them capture the English Football League Championship title and promotion back into the EPL after only a season in the English second tier.

The 29-year-old said that he was fortunate to be a part of a tight locker room which included national teammate Bobby Reid.

"The group of players they have are up there with one of the funniest groups I have been a part of. The staff, on a day-to-day basis, have been great, the kitmen, the people behind the scenes that you don't really see are very very close to me. I've loved every minute of it," Hector told the club website.

Hector has spent the majority of his playing career in England with his last club being Chelsea, although he was sent on loan to clubs in the lower tier and did not feature for the many-time EPL champions.

Pleased with being able to help the club make its return to the top tier, Hector thanked the fans for their support despite the challenges during his two-year spell.

"I'd like to appreciate them for their support during my two and a half years as a player, three years being associated with the club. Obviously, it was an up-and-down time with the club but I appreciated everything that they gave to me and I just want to wish the club all the best in the future," Hector said. "Hopefully, now you can stay in the Premier League and kick on."