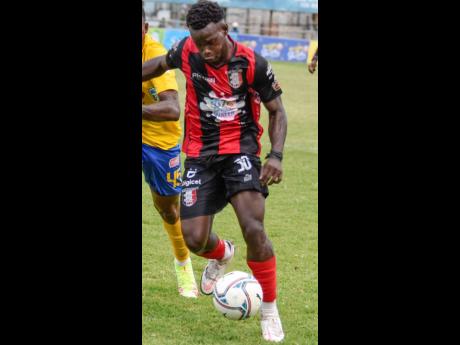 The visitors then frustrated the home team and looked set to walk away with a point until Allen struck seconds into added time with another header.

"It is something that he has been working on in training and you always like to see the things you do in training come out in the match," assistant coach Eric Rademaker told STAR Sports.

However, the hosts responded almost immediately as Simpson forced home a header from a corner in the 10th minute.

After the break, Allen put a great effort wide for Arnett, while Jason Wright steered inches wide from just a few yards out.

Arnett continued to dominate their opponents but could not find a way through. The hosts got sloppy at the back towards the end and Molynes United's Janoy Cunningham just missed the upright with a free kick, while Edwards had to be at his best to deny Livingston his second.

Arnett, however, bagged all three points when Allen scored from close range with his header.

"A football match is 90 minutes, so whenever you get the goal it doesn't matter. We got a 2-1 win and after a draw and a loss it was good to come away victorious," Rademaker added.

"To concede in the 90th minute was very tough. We got some good chances but lack of concentration let us down," he said.