Pregnant with a married man's child 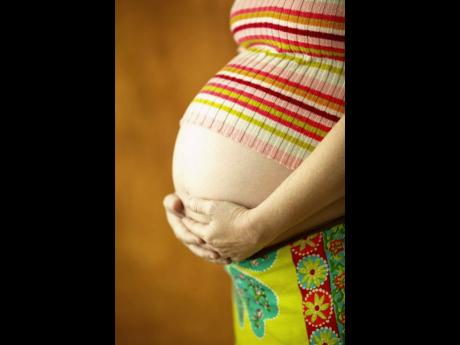 I am a regular reader of your column. You are doing a great job. I've been living a life that's been draining me for almost two years now. I am eight months and two weeks pregnant. Emotionally, spiritually and physically, I've been suffering because I am in love with a man who, I believe, has been lying to me.

I met my babyfather two years ago. After meeting him and getting to know him, I found out that he was married. He assured me that his marriage was done and that he was moving out of the matrimonial home. I made it clear to him that if his relationship can be fixed or worked on he should try and do so, considering that a child is involved. He then led me to believe that it can't be worked on because he had been complaining about the problem over and over, and still his wife doesn't try to make any changes.

I, however, gave into this man before he had moved out because he treated me well and I fell in love with him. This was my first time falling in love and my first real relationship. It took him months before he finally moved out. I cried almost every day thinking about the mess I got myself into and worst, it is with a married man.

To me, moving out was now a sign that things were changing and that he meant what he had said. Until this day, he has not returned to his wife, but, pastor, he is still talking to his wife over the phone every day and night, and whenever he goes by to visit his son, he cannot take my calls or reply to my messages. As soon as something is wrong with her, he blows me off and goes there to take care of her, and he has never showed up for me if I am in pain and just need him next to me. I live with my parents, and so does he now. He's 35 years old, and I am 23.

I feel so betrayed, used and mistreated. He told me that everything was over when I met him, and I believed him. Every time I ask him why he is doing this to me and why can't he stop doing what he's doing, he just tells me it's harder than I think and I wouldn't understand, when all he is doing is hurting me. He asked for this baby and I feel so alone in this because I've known no peace since I've been pregnant, and I don't know what to do right now. I am so confused and I never wanted a life like this; worst with my first child. To be honest, I don't want to lose this man. I love him with all my heart.

A lot has happened that I won't write about, but I'd love if we could talk, because I need someone to talk to right now. I am stressed and just need some help.

Perhaps when you met this man he was indeed having some problems with his wife. And if you were not in the picture, he might have stayed with her much longer. Perhaps he would not have moved out. This man still loves his wife. You may not want to believe that, but it is true. It is unfortunate that you are carrying his child, but he has not given up on his wife. You cannot be sure what he will do in the future. He does not seem to be always speaking the truth.

My suggestion, therefore, is that you see to it that you sort out your own future. It is going to be tough for you. You may consider making an appointment to see a family counsellor. Perhaps if both of you were to go to see a counsellor, you may learn why he has not been treating you better. Whatever you are planning, don't plan with this man in mind because he has not made a clean break with his wife.