Moving in with my man when I turn 18 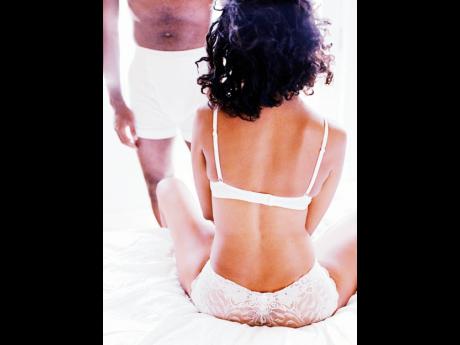 I am 17 years old and still in school. I hate school, but I am forced to go because my parents insist that I do. I have a boyfriend, and we have planned that as soon as I turn 18, which would be in December, I am going to leave home and go to live with him. I told my stepmother my plans, but she doesn't take me seriously.

My father is very strict. I don't have to take money from my boyfriend because I get everything from my father. But I don't get enough time to be with my boyfriend. If I go to any function, I have to be back early. I am not a bad girl, but I am being treated like one.

When I was 15 years old, I lost my virginity to my sister's boyfriend. She was living with us. Her boyfriend came to visit, but she was not at home. She had gone to braid her hair. He was at the house for a while. He told me that he loved me and asked me to have sex with him. I told him that I never had sex and he said there was a first in everything. I tried it, and I regret doing it.

I love my father, but I hate his woman. I can't stand her. She is with my father because of his money. My sister got pregnant for her boyfriend and left home before my father found out that she was pregnant. Don't tell me not to leave, pastor, my boyfriend is everything to me.

I must say that often this accusation is true. Some stepmothers want to get their stepchildren out of the way and out of the house. Some feel that the fathers of these children spend too much on them. The fathers give them whatever they want and spoil them, so to speak.

It is unfortunate that you are in such a hurry to leave your father's home. You are only 17. It would be better if you remain at home and seek higher education, like attending university. Perhaps you should discuss that with your father. Tell him that you would like to attend university and to live on campus.

Living on campus mean that you would not be at his home all the time, but your room would still be there and you can go home at any time. Your stepmother will not be in your way at all. You would still have enough time to be with your boyfriend, but both of you would not be shacking up.

Although you would be 18 and considered an adult, it is not easy for a girl at such age to be on her own and living with a man. So, I have told you how I see your problem. The decision still has to be yours, but don't be dismissive of what I have said to you.

By the way, if you were to stay at home, your father may pay to put you through university. If you walk out, he might not be so inclined.