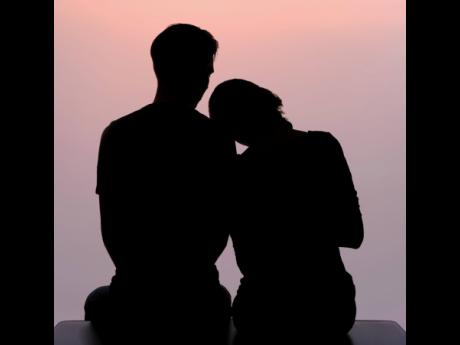 I am living in Cayman but I have a child with a woman who is in Jamaica. The child is three years old. The mother and I are not lovers anymore. I have another woman who is also in Jamaica. She doesn't have any children.

I love her very much, but she is much younger than I am. Her sisters told me that I don't have to fret because they don't see her with any man and she is crazy over me. She has never been to Cayman, but I am planning to give her a trip. She is working and doesn't ask me for anything, but I always try my best to send money to her.

Some girls, the moment you start talking to them and they know that your money is strong, they always want to get things from you, but not this girl. My only concern is her age. She is 22 and I am 44 years old. She is very mature. When we met three years ago and she told me that she was a virgin, I thought she was lying, but she was speaking the truth. She grew up in the church and went to Sunday school every Sunday. Now she is teaching Sunday school and singing on the choir.

I feel so bad because I led this girl into sin and took her virginity. That is why I love her so much. Do you think that she is too young for me? My child's mother knows about her. Sometimes she curses me and tells me that I am robbing the cradle and my girlfriend is going to give me 'bun'. I told her that not every woman is like her and that she is saying that because she knows that she gave me bun with my best friend.

Now, Pastor, what do you say about the age difference? I don't look my age, and I take care of myself. I don't have any other woman and I would like to get married this year, during the summer.

While it is a risk for a man to marry a woman who is much younger than himself, it is not always true that a much younger woman would be unfaithful to him. Not every woman is a cheater, and not every man would cheat.

However, older men can be very jealous, and some accuse their much younger women of cheating. Nobody has to tell them that their women are cheating, they just feel that because the women are younger, they are cheating. Such men are silly. So, you don't have to worry if the relationship that you are having with this woman is solid and both of you have committed yourselves to each other.

Her sisters have told you that they don't know of her having another man in her life. I would say to you, accept what they say because you have not known her to be fooling around. Brother, don't listen to what people say. Use common sense and follow your heart.

Evidently, your child's mother is jealous of the relationship you are having with your girlfriend, so she is saying nasty things about her. Your girlfriend is not trying to bleed you financially. She does not ask you for anything. She is a good woman. Make sure you send her gifts from time to time. I know you send her help, but I am talking about special days. Don't forget the special days in her life. I wish both of you well until I hear from you again.