My girlfriend is wicked and ungrateful 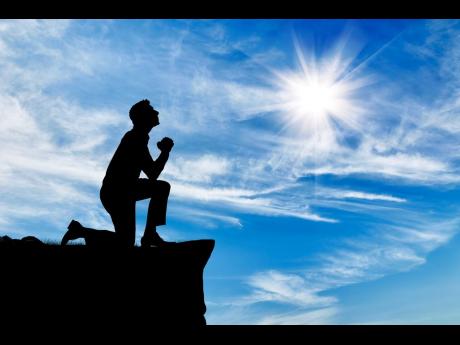 I always read your column in THE STAR. I am a 27-year-old male and I having trouble in my relationship with my girlfriend. She is wicked and ungrateful. We have been together for seven years, beginning from our schooldays. I assisted her in getting a job. I even encouraged her to buy certain items. She likes to hype and to have cell phones and clothes. But I taught her to buy furniture, then I built my own house and she bought the mattress, television and refrigerator. She also bought the stove and washing machine.

One day, out of the blue, she asked me if I loved her. I told her no, but I was only joking. One Thursday night she never came home. I called to find out if she was okay, but she was vexed with me. The following night she came home, and she started to rub me down and kiss me, saying she wanted to have sex with me. And when we were finished having sex, she told me that she was planning to move. I took it as a joke, but she really meant it.

Pastor, of all the good things that I did for that girl, including sending her back to school and giving her lunch money, and standing by her after other men have tricked her, she told me that our relationship was not working. I even cooked and washed for her.

She said that the area in which we live is not a good one. The area where I am living and the area she wants to go to live are just about the same. She wants me to pay rent and because I said I don't want to pay rent, she tells me she wants to date other guys and gain sexual experience.

Please give me your advice, because I love her and I am going crazy.

This woman is not such a bad woman overall. She has ambitions. She loves nice things, I have deleted the area you are living in and the area she wants to live. Although you say these are about the same, it is not true. The area she wishes to live is a much better area, but I will not discuss that here.

This woman is tired of you and she feels that something is lacking in your relationship. She wants more out of it. She wants to 'move up' (if you know what I mean). I repeat, this woman has ambition. You say that you have helped her, but she has also helped you. You had a bed, but she bought the mattress. She bought a television. She bought the refrigerator, stove and washing machine. Evidently, what she is not satisfied with is the bedroom 'works' and the area in which both of you live.

As I see it, you have lost her and she is going to leave you. You can bawl like a cow, you are not getting her back, so look elsewhere. I wish you well.