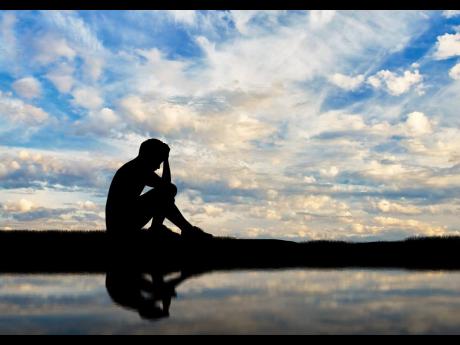 I am in a tormenting marriage. I am a 30-year-old woman with two sons. I am not a Jamaican, but I have lived in Jamaica for some years now. The man who took me here turned out to be a monster. He is controlling and disrespectful.

This man is biased towards his children because of their complexion and he always speaks down to me about the colour of my child's skin. This man met me with my child and I knew that he had eight children.

I am the mother of two boys, and I believe that love should be equally distributed among the children. I have a child who is four months old and an older son who is living in my country.

This man has never considered sending for my child and he has never sent money for him. But he gives money to all his other children. He does not buy any food for the house and does not purchase milk or diapers for the baby for days.

His third child, who he had with another woman, called and asked him for assistance with school, but he never got anything. But as soon as his other children called, he was readily available to give them support.

I have been sick now for days and the baby has rashes, too. I have been asking him to take us to the doctor, but he said that he could not because he had to meet with his children. I feel stupid, and I feel like I am trying to buy this man's love.

Whenever he gives me money, I always buy the essentials. He told me that his children didn't like me, so he was not sure what would happen. I don't know what to do, I treat this man like a king; I wash, cook, clean and serve him.

How did you get entangled with this man? Am I to understand that you are saying that one of your children is of a dark complexion, therefore your husband does not like him?

But I want to ask you another question. Did this man tell you that he had fathered eight children? If the answer is in the affirmative, then I would like to ask you why you become intimate with him.

If he did not tell you that he had these children and you found out afterwards that he did not like one of your children because of his complexion, why did you allow him to get you pregnant? Why are you still with him?

The man does not support you; he does not take care of his home well. Why are you still there? He is not even giving you the money to buy diapers for your child, and yet, you are working out your soul by cooking and cleaning and washing.

That does not make sense to me. The man is behaving like a beast. He told you that his children didn't like you. You need to pack up and get out of his way. He is not a good man.

Consider him a big mistake in your life. The longer you stay with him is the older you will get, and the more difficult it will be for you to bounce back.

There must be somewhere else that you can go. Don't believe that because you are a foreigner that this man can take advantage of you. Seek some advice from the police in your area; tell them what's going on, and that you are planning to leave this man, so you will need some protection.

You did not say which country you are from, but if the government has an embassy in Jamaica, call it and let the officials know of your problem and ask them for advice. I wish you well.